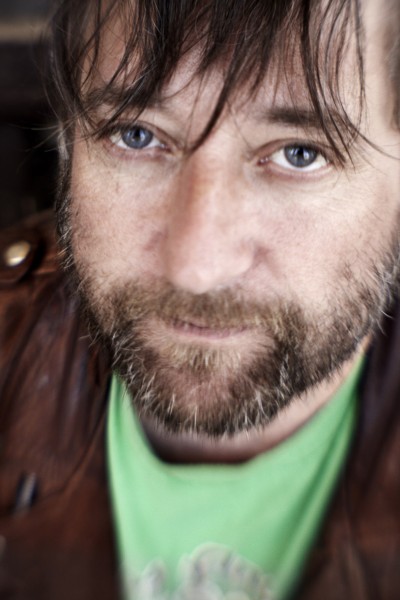 The acclaimed singer-songwriter King Creosote will be returning with a new EP called ‘I Learned From The Gaels’ out on 28th May 2012 via Domino Records. The first in a planned series, the EP will be available on 12” vinyl and digitally.

There’s also a rather bemusing press release informing us at AAA Music about this release, just take a look readers…

Come hither and let us unravel this phonograph. Let us tool ourselves up with the following clues:

2) These songs were written in the East Neuk of Fife, in the year of our monarch 2010, and it was, says our subject, ‘probably spring.’ Except for track four, but we’ll come to that later.

3) This vinyl is the product of a Scottish East Coast education: it is borne from the gals, the gales, the Gaels and the guile that derives from a lifetime’s overindulgence thereof.

These are our means of charting KC’s latest revolution. Are you ready?

‘You confiscate my early-eighties vinyl at your peril…’

Perhaps you are familiar with the King Clone Creosote Bush. It is one of our planet’s oldest living organisms. Radiocarbon dating has determined it to be approximately 11,700 years of age.

King Creosote is much younger than that.

He is forty-something albums old. And with such an advanced back-catalogue comes wisdom. That is to say, KC is possessed of the unyielding, accurate belief that nothing compares to the 1980s – a gilded epoch which bequeathed us these formative Creosote reference points: Simple Minds, Talk Talk, The Smiths, Erasure (mark these words – KC will have his ‘Sometimes’ moment), and the mighty Rentaghost. (Does said TV brouhaha’s bearded harem of hayfever-sufferers, jesters, warlocks, bards and fallen fishermen ring any Fence Collective-monogrammed bells?) Not to mention Fife disco-folk goddess Aneka: a proto-Fence diva if ever there was one. (She had a disregard for music theory, an exotic line in techno-shanties, a questionable fashion sense and she never issued her music on MP3).

What does such a heady amalgam resemble when siphoned into 2012? Why, it sounds like space cowboys on string-drawn comets, and shimmering rock ‘n’ roll rodeo hoe-downs. Nostalgia never sounded brighter. KC and his sunshine band, indeed.

Perhaps they’re not so different, these magical, unearthly ambits. They harmonise on ‘Near Star, Pole Star’, whose oceanic ardour and astral projections are guided by heart-stopping cameos from Rich Young on moonscape ivories (he was allied with Dire Straits and Iron Maiden before scaling the cosmos with KC) and Fence siren HMS Ginafore, who comes on like a lantern, a lighthouse, a northern star. Brace yourself for a sublime expedition through unstable memoirs and celestial revival – port out, starboard home. Pack your tissues. You’ll need them.

Have you ever encountered the word ‘moist’ in a King Creosote song? That is correct. You have not. ‘I hate that word,’ our whiskery pin-up once expectorated, in a heated power-email transaction vis-à-vis flapjacks and the wanting succulence thereof.

He may be averse to ‘moist’ as an adjective, but KC is not afeart of the wet stuff. He has long induced tears from the steeliest of constitutions, and even on this thrilling skiffle-ditty, which conjures KC’s boyhood speed-pop japes in the Skuobhie Dubh Orchestra and Khartoum Heroes*, he refers to dairy waterworks, and the less time we dwell on that image the better. He is also partial to tears of lager, but that is another story, for another time, perhaps.

*Forsooth! Is that the BBC’s Vic Galloway, ere of Khartoum Heroes, crooning in the milieu? Affirmative!

Gummi Bako is not a diminutive beast. He is average-sized, with a super-human larynx and nigh-on bionic facial hair. He authored this ecstatic scuzz-rock anthem, which you may recognise from such chart-topping quadraphonic cuts as GB’s Gumming up the Works and The Fence Collective’s 2001 Missing Behind Fence dispatch. (The latter was compiled for Glasgow’s much-missed emporium Missing Records – let us emblazon that with RIP and launch it blazing into the night sky and damn right that’s a nod to the plight of our record shops).

Herewith an invigorated ‘Little Man’, with screaming Lord Bako on principal vocals, and the liveliest KC rawk band in an aeon, and our Majesty ruling in the wings.

‘Where’s our place in the universe?’

The Cartesian co-ordinate, for future reference, is located at the intersection betwixt our ears and loins and hearts.

This record appears to have reached its conclusion. Is this the end?