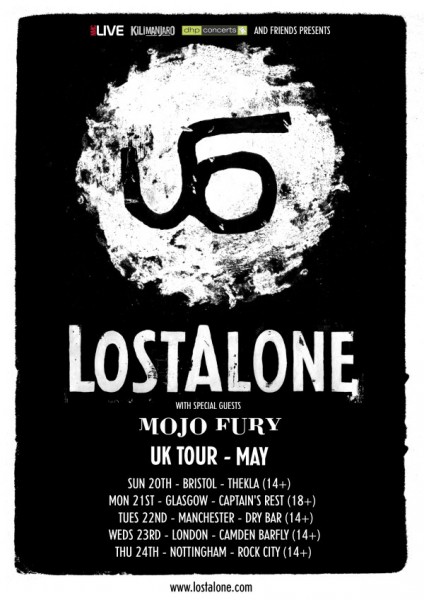 LostAlone have just finished a 35 date UK/Irish tour, and show no signs of slowing down. The band are busy filming the video for their next single and playing a session for XFM before heading out on a European headline tour during April 2012.

They’ll be back on UK turf in May, and have just announced a string of headline shows to coincide with the release of ‘Paradox on Earth’, a track that has become a firm favourite with fans at their live shows. Kicking off in Bristol on May 20th, and ending up in Nottingham on 24th May.

The band released their second album “I’m A UFO In This City” last month to rave reviews.

The dates in full are:

Watch the video for ‘Love Will Eat You Alive’ HERE