The Black Seeds – Dust and Dirt 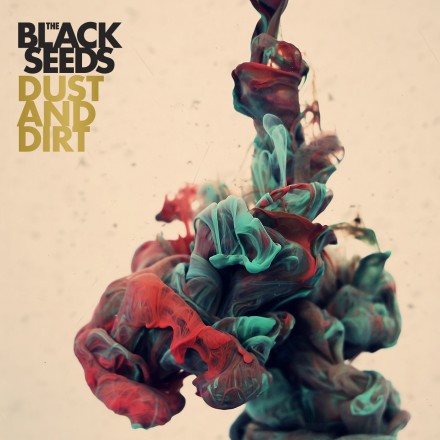 I’ve never understood the potent dislike a lot of my friends have for reggae. I find it some of the best chilled-out music around, having a powerful and distinctive resonance that is unique to the genre. However, I also recognise that it’s probably best appreciated in small doses – the repetitive reggae beat can start to sound formulaic and tiresome after a while.

So, as much as I enjoyed a lot of Dust and Dirt by The Black Seeds, about halfway through the record I started to grow a little tired of the reggae sound, and by the thirteenth track I was happy to have reached the conclusion. This is not to deny that there’s a lot of great stuff on there, and the band have also used elements of psychedelia, soul and funk to provide some variety. Heady production creates an evocative, spaced-out atmosphere throughout, and individually, most of the tracks stand up. I just wouldn’t be in a hurry to listen to them all back-to-back again.

‘Out of Light’ provides a nicely mesmerising, trippy opener – slow and repetitive, it is basically just three chords over and over again, accompanied by chant like vocals and electronic ambient effects; moody and effective, if hardly musically complex. The reggae style then kicks in more obviously for the title track, thanks mainly to a repeated two chord vamp that runs throughout most of the song. There is also an unashamedly straightforward emotional directness to the melody that is typical of reggae, as is the structural simplicity and use of repetition – it is these qualities that some find so enrapturing about the genre, and which others find uninteresting.

In contrast, ‘Pippy Pip’ lives up to its name with lots of sweet, syncopated percussion providing a jerky rhythmic vitality, nicely complimented by soulful vocals. This is juxtaposed with the edgier sound of ‘Wide Open’, a darker soundscape created via the use of harsh staccato riffs, increased dissonance, more ambient effects and an almost Hop Chip-like mournful vocal line. The repetitive simplicity of reggae is still evident, as is the jagged rhythmic quality created by the constant emphasis of off-beats. ‘The Bend’ builds on this funky rhythmic quality, most noticeably with boogie infused wah-wah bass that is juxtaposed with psychedelic synths. A rockier sound enters with ‘Loose Cartilage’ and sounds a little out of place, but fortunately proves to be a clever false start leading into a funky instrumental number that plays around with a number of riffs, including a cheerful little woodwind motif, a guitar solo, and some brief rock organ flourishes.

It is at the point of ‘Frostbite’ that I start to get a little tired of the formulaic reggae sound – it’s the same repetitive two chord vamp and offbeat rhythmic pattern. On its own, it would probably be a good track, but at this point in the album it suffers from the law of diminishing returns. The same can be said for ‘Gabriel’s Strut’, despite some effective use of brass. ‘Love Me Now’ works better as a result of being the most soul influenced track on the record, benefitting from some class harmonies; a perfect mix of synths, piano and guitar effects; and a finely delivered, sincere melodic performance. In stark contrast, ‘Cracks in Our Crown’ is the worst track on the album, as a result of a cringe-worthy vocals and lazy song-writing. The funk returns for ‘Don’t Turn Around’ which wouldn’t sound out of place during a 70’s disco night – it’s alright to start with, but really doesn’t go anywhere, is overlong and seems like unnecessary filler by the end. ‘Settle Down’ continues in the same repetitive reggae-funk vein, and fails to revive my interest. However, ‘Rusted Story’ provides a decent ending thanks to some awesome wah-wah guitar, funky electronics, a psychedelic middle section and a heady chorus.

Maybe with a bit of editing, fewer straightforward reggae numbers and some more contrasting tracks, this would have been a more consistently entertaining listen. However, nit-picking of this nature is hardly in keeping with the record’s laidback sound, and although I wouldn’t listen to it all at once again, there’s still plenty to enjoy from this offering.