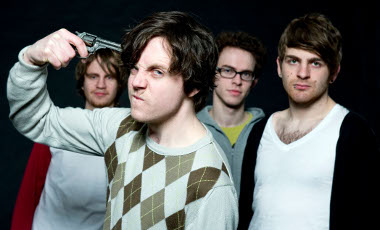 Fresh from supporting Snow Patrol at 2 arena shows in London and Belfast, A Plastic Rose have now announced details of their brand new single ‘Boy Racer’ (out 18th June 1012) as well as a series of tour dates for July.

The single is currently online for streaming:

Boy Racer is the 2nd of 4 singles from their highly anticipated debut album through the label Di Di Mau. The album’s planned release date is September 2012.