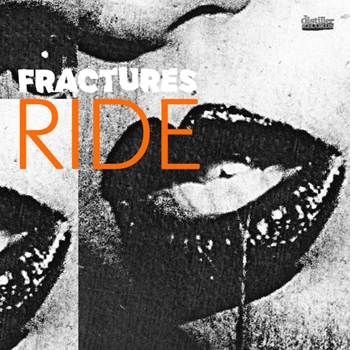 South London indie outfit Fractures are set to release their debut single ‘Ride’ on May 28th through Distiller Records.

Check out the single here : http://soundcloud.com/distillerrecords/fractures-ride

The track, produced by Dave Eringa (Manics/Idlewild), is a dangerously hypnotic melody that displays a feral attitude and aggression that allures the young to rebel and the old to reminisce.

Lead singer Freddie’s intriguing lyrics pronounce imagery so vivid it’s almost stolen from youthful memories; ‘the morning sun ain’t pretty enough, my words deserve a little more curve’. It’s playful but with an intrinsic seriousness that could almost refer to the divine, albeit wrapped up in black skin tight jeans and a baggy sweater with long black unkempt hair.

Having already been tipped by NME as ones to watch for this year,  the band charged into 2012 at #1 on the Amazing Radio charts with a demo recorded in Freddie’s bedroom – a track which went on to spend over two months at the summit and a performance at HMV’s hotly tipped Next Big Thing festival.

Fractures will be playing the following shows:

Dog Is Dead to play a host of festivals this summer