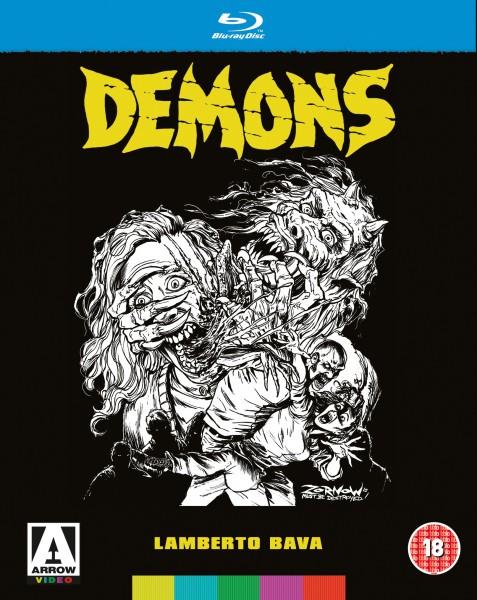 Dario Argento and Lamberto Bava are part of my cultural background. As a horror movies lover and Italian, I always felt these two nutcases were special. It only takes few minutes from Demons to realise there is some serious twisted genius behind these two man.
These two releases, restored from the original camera negatives by the Cineteca di Bologna, are finally available in Blu-Ray and Steelbook editions, offering the splendour of these seminal horror movies together with a specially commissioned comic book by Stefan Hutchinson. 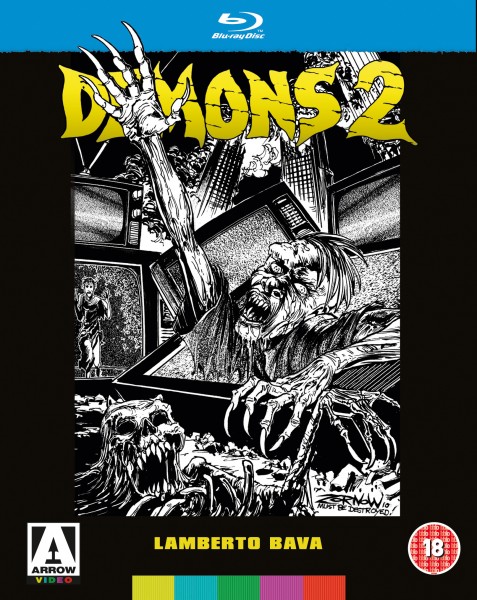 The first time I watched Demons I was 6 years old: they were showing it late at night on Rete4 Notte Horror, and my mother allowed me to stay late and watch it with her. I still remember the anticipation, the anxiety that built up during each frame and didn’t let me go until the end. I remember my mother telling me how she dragged my dad to the cinema to watch it on the day of release in 1985 (for Demons): the ambulance outside and how she had to sign a declaration that she would not held the cinema responsible should she feel sick (she was pregnant with my brother).
Aside these family memories, the movies always held something special to it: the special effects were great, considering the technology available, and the music. Ah yes, the music, beautifully crafted by Argento’s beloved collaborator Claudio Simonetti (of Goblins fame: I am telling you, if you are not familiar with them you need to go and get the albums, now!) as well as including Motley Crue, Billy Idol, Go West and Rick Springfield. As a 6 years old girl, they shocked me, they opened the door to great universes and it expanded my mind. I periodically watch them and do not get bored of them, always finding something incredible in them, something that still amazes me 20 years on.
I dare you not to love them.

Philco Fiction new video for ‘I Want You’