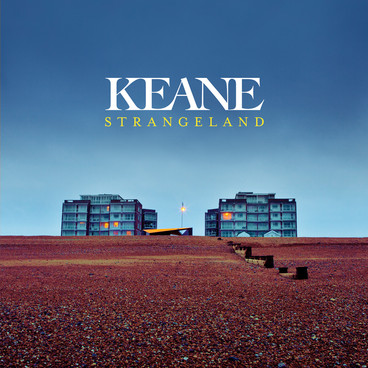 Keane are back in town, two years after the EP “Night Train” and four after “Perfect Symmetry” which represented the changeover to a synth-pop style, featuring guitars and putting aside the typical piano, symbol of the band.
“Strangeland” is the right compromise between the old sound and the attempt done in “Perfect Symmetry”, including a variety of instruments, such as panpipes and light strings, adding a touch of darkness here and there, like in “Black Rain”, a song with a suggestive quiet atmosphere, where Chaplin’s vocals reverb over the air smoothing in a wonderful falsetto.
The comparison with Coldplay is too much easy and superficial, the truth is that Keane have been following a precise music path, and the piano-driven music is not enough to say that they are influenced by the Londoner band. Anyway the band itself said that they were inspired by the Vaccines debut album, in fact “Strangeland” is produced by Dan Grech.
“Disconnected”, featuring a horror style video that deserves a special mention, is suspended between an upbeat and a dark mood, Chaplin’s vocals are quite baritonal and reverbed on the verse, while the refrain is fresh and airy, this song is like a plain lit up by a cloudy sky, with sunny and shadowy spots.
The video is absolutely amazing, taking inspiration from Italian 70s horror B-movies. Credits are in Italian and the video is co-directed by Spanish directors Juan Antonio Bayona and Sergio G Sanchez, set in a haunted house in Barcelona.
Lyrics, written by the songwriter and pianist Tim Rice-Oxley are more introspective and talk about friendship, life and love with nostalgia on some tracks, like in “You are Young”, the first tune. It talks about youth as the spring of life, when everything is possible and you are “shielded by the hands of love”.
The first single “Silenced by the night” is a proper Keane song, driven by the piano and by Chaplin’s clear vocals, with a catchy refrain featuring synths too.
“Sovereign Light Cafe” named after an actual cafe on the Bexhill seafront, took something from The Killers, the sound is pretty retro compared to other tunes, it’s like it reflects the fond memories the author feels for that place, like an old photo put in a frame.
While “On the road” and “Day will come” are the brightest tune of the album, with a fast paced piano, “Neon River” is the more “electronic” one, featuring a synth tapestry on the background that draws this song up to the previous album.
“Watch how you go” is a Beatlesesque ballad, with a melancholic piano and soft choirs to accompany the singer.
In the end, “Strangeland” is a complete album, containing like a box, all the facets of human feelings, it’s like a journey of a whole life. The album doesn’t contain anything strange or shocking, but it’s well produced and songs are part of a wonderful whole, it’s the natural prosecution of the band music growth.