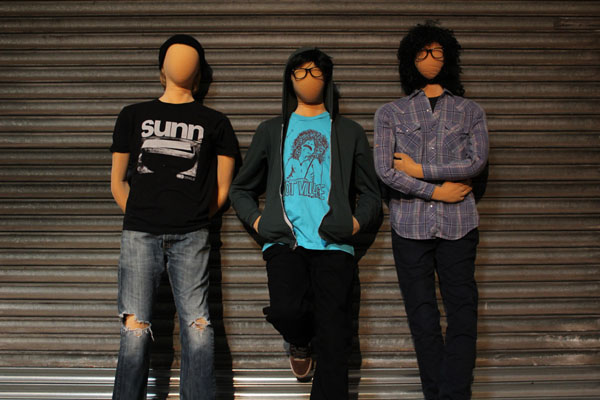 BEAK> formed by Geoff Barrow, Matt Williams and Billy Fuller in 2009 recorded their self-titled debut album in Bristol, created out of 12 days of improv sessions and then edited into song form. Shorty after releasing it on INVADA records UK and Ipecac records U.S, the band went on a successful tour, playing various festival dates across Europe and the U.S. Buzzing from the tour, Beak> then returned to the studio to start work on ALBUM 2 only to find that the time on the road had taken its toll on the band’s delicately sensitive and creative nature. And, by consequence, had turned them into a truly awful-sounding pub prog-rock band. The magic had gone. It seemed that the band were thoroughly moribund. Until… One rainy afternoon in Bristol after many tortured, truly terrible recording sessions something changed. It may have been the diesel fumes from the bands tour splitter bus had worn off, others say that the band simply turned their amplifiers down. We will possibly never know the true events of that afternoon but the band began to play and, once again as before, their bleak, wobbly anti-blue note sound had returned, but this time with added synthesizers. And so… recorded in one room live (with very few overdubs) Beak> is upon us.