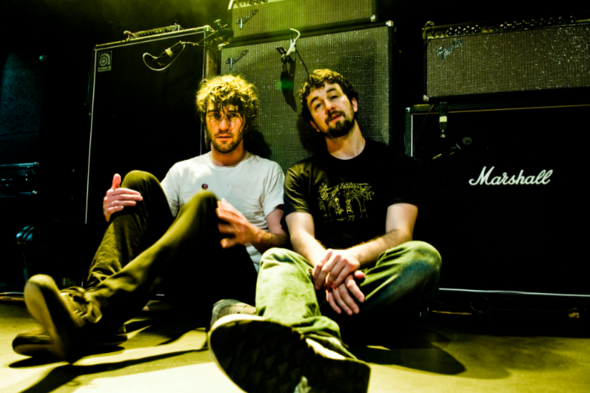 Following on from the release of Japandroids’ new single ‘The House That Heaven Built’ on Monday, the Vancouver duo are set to embark on their first UK/EU tour in two years!

Starting off in Cardiff today (17th May), Japandroids bring their visceral show to eleven cities including two London stops on the 22nd and 28th May. Full details are below.

‘The House That Heaven Built’ was released 14th May 2012 on 7″ via Polyvinyl Record Co complete with a b-side of Nick Cave and The Bad Seeds ‘Jack The Ripper’.

‘Celebration Rock’. The new album will be available 4th June in the UK, 5th June in USA on Polyvinyl Record Co.

1. The Nights Of Wine And Roses
2. Fire’s Highway
3. Evil’s Sway
4. For The Love Of Ivy
5. Adrenaline Nightshift
6. Younger Us
7. The House That Heaven Built
8. Continuous Thunder

First confirmations for this year’s Literature Tent at Green Man