JAMAICA TAKES OVER THE O2 TO CELEBRATE 50 YEARS OF INDEPENDENCE 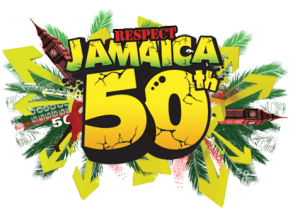 This summer, to celebrate the 50th Anniversary of Jamaican Independence, The O2 and its multiple venues including IndigO2, will be transformed into a Caribbean oasis as over 50 artists take to the stage as part of Respect Jamaica 50.

The two week extravaganza, from July 25 to August 6, will include a multitude of legendary Jamaican singers, DJs, writers, comedians, actors and poets from Damian Marley and Lee ‘Scratch’ Perry to Shaggy and Jimmy Cliff showcasing the cultural depth and diversity of this esteemed nation.

Supported by the Jamaican Government, Respect Jamaica 50 will add a sprinkling of Caribbean flavour to what’s set to be a great summer for Jamaica!

Tickets go on sale 9am on Friday 25th May through www.aeglive.co.uk

Among the dozens of musicians flying in to the capital is triple Grammy award-winning reggae artist Damian Marley, the youngest son 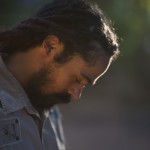 of Bob Marley. He will be delivering his trademark blend of dancehall and reggae with hits like “Welcome to Jamrock” and “As We Enter” to thousands of fans.

Joining them on the bill will be Junior Murvin, whose 1976 song “Police and Thieves” cemented his place in reggae history, becoming an international hit covered by artists such as The Clash and Culture Club.

A stunning feast of authentic Jamaican food and drink will also be on hand during the festivities for everyone to enjoy.

All key Olympic events will be screened at the venues to ensure none of the action is missed, including Jamaica’s hotly anticipated gold medal run.

Rob Hallett, President of International Touring at AEG Live, said:  “Having held a lifelong affection for Jamaica and its culture I am honoured that AEG Live, along with Jamaica 50 will be presenting the entertainment as part of Jamaica’s official celebrations in London of 50 years of independence with the greatest array of Jamaican talent, over 12 nights, that this country has ever seen.”

Another celebrated reggae artist to join the festival is dub veteran Lee “Scratch” Perry who has worked with the likes of Bob Marley & The Wailers, the Beastie Boys and Animal Collective. With over half a century of music under his belt, Perry is considered one of the godfathers of the scene. Joining him on the bill is Jimmy Cliff who will be wowing the crowds with breakout hits like “You Can Get It If You Really Want” and “Sitting in Limbo”.

For those in search of something lighthearted, some of the finest contenders in Jamaican comedy will be providing the laughs for the crowds at Proud2 July 27 – August 6.

Director of the Jamaica 50 Secretariat, Robert Bryan said: “Jamaica is excited to be associated with AEG Live to present Jamaica 50. The Jamaica 50 Secretariat recognises this as an official celebratory event of Jamaica’s Jubilee celebrations and is delighted that such an outstanding line-up can be made available during the London 2012 games, when we expect even more great Jamaican moments. Jamaica House, located in the 02 during the Olympic Games, will also be showcasing and providing an authentic Jamaican experience in honour of this special year.”

Guests can also look forward to exclusive merchandise, special offers for multiple ticket purchases and exclusive surprise performances across the schedule of events. This summer’s events promise to provide an exhilarating backdrop to mark a moment in history.