Gideon Conn – Take It All 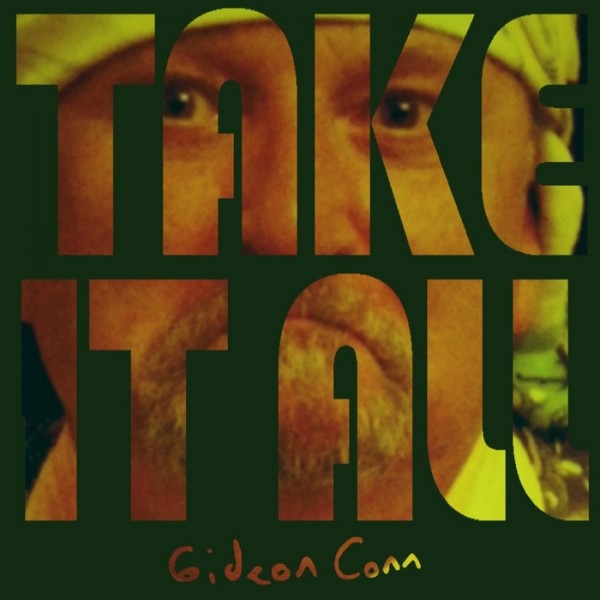 For all the whimsical charm of Gideon Corr’s album ‘Take It All’, I just can’t get into it. It’s cute, the genre-hopping a style chameleon moments are admirable, but for all that it just feels disjointed and at best frustrating. The twee singer-songwriter moments like ‘The Fraction’ are all well and good, with the gentle electronic sounds and easygoing guitars complimenting Conn’s slightly nasal tones with a predictable yet by no means offensive result that allows the intermittently rewarding lyricism to shine through. But this is contrasted with total incongruities like the rather limp updated Beastie Boys rock-rap track ‘I Need You In My Life’ which is vocally impressive but in many respects refuses to be anything other than uncomfortable in lyricism or music. If anyone wrote that song for me, I would be calling a helpline. ‘Real Life’ is much better in this respect, but still can’t quite muster the energy to really jump out, as it’s a bit urban-by-numbers.
It’s not all total bleakness – ‘Goodnight Chap Daniel’ is a rather nice little dreamy pop number, if a bit tame. The light bluesy touch to a classical melody works well through for a song you could leave on while boiling the kettle though, followed in a surprisingly strong transition by the sultry ‘Colours’, which features a great guest vocalist and attention-grabbing lyrics set against some vaguely predictable soul music.
Even the title track just sounds a bit like it might have come from an early 1980s BBC teatime show’s idea of what the future might sound like. A bit of funk, a bit of chart pop, ad nothing really making itself truly felt. It is there and not exactly bad, just uninspiring.

I hate giving bad reviews, but here it is. The most genuinely uninteresting thing I have heard all year. Yes, Gideon Conn is clearly a good and versatile artist, but ‘Take It All’ sounds a bit like he sent his practice tapes to a record label by accident.

Gaggle – From The Mouth Of The Cave