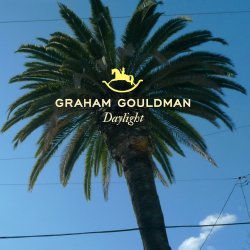 Graham Gouldman is an English songwriter, musician and legendary member of British band 10cc. In his five decade career he’s made hits like I’m Not In Love and Rubber Bullets.
On June 4th, 2012 he releases Daylight, his first solo single in 12 years, on David Gresham Records. It’s taken from his solo album Love & Work due for release in August and is dedicated to the memory of his former Wax partner Andrew Gold, with whom he recorded four albums. Andrew Gold sadly passed away last June.
To some this will be a loving, magical and enjoyable track that demonstrates his fine songwriting ability. To others this will just be a simple and pleasant song that’s not outstanding.

Guns Or Knives – Can’t Beat Him, Can’t Join Him