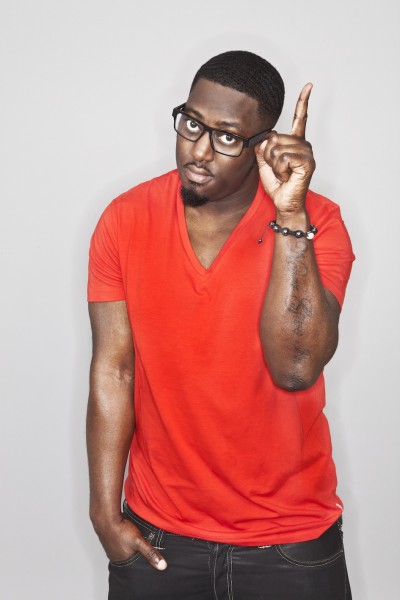 With June nearly upon us it’s time for Topman Ctrl to introduce a brand new Guest Controller, in the form of the Mercury Music Prize-nominated, chart-topping UK rapper Sway. Fresh from his massive spring anthem ‘Level Up’ and his nomination for Best International Act UK at the BET Awards 2012, Sway will join Resident Controller Huw Stephens in the hot seat for the month, highlighting his top music recommendations and sharing exclusive content.

In 2004, the UK’s urban scene was ignited by the arrival of the gifted MC. Since then he’s gone on to release two critically acclaimed albums, numerous mixtapes, and a host of explosive singles including ‘Still Speedin’ and the Flux Pavilion-produced Top Ten hit ‘Level Up’. Just before the release of his hotly-anticipated third album ‘The Deliverance’, Sway takes the reins at Topman Ctrl alongside resident maestro Huw Stephens, and the pair will be filling the Topman Ctrl Feed with all of their favourite selections from the web and beyond.

Head to The Feed at www.topman.com/ctrl and follow us on Twitter (@TopmanCtrl) for all of Huw and Sway’s recommendations as summer kicks in.

Sway said: “Really excited to be a part of Topman Ctrl – hope the experience exposes me to a new audience of people and in turn I expose them to new waves of music. It’s undoubtedly gonna be a special one, taking things up a notch and with the combo of me and Huw… you definitely want to watch this space!”

Huw Stephens said, “It’s with great pleasure we welcome Sway as Guest Controller for June’s Topman Ctrl. When it comes to rap, Sway has continually been on top of his game thanks to his unique style and work ethos, making a name for himself both at home and, unusually for UK rappers, in the States.

His recent smash was ‘Level Up’, a straight-up bona fide Top Ten single, and he continues to challenge and entertain with every record. I love his way withwords, his ideas are well thought-out and often cheeky, and his flow is second to none. I can’t wait to see what he’s got in store for us during what’s bound to be another scorcher of a month!”.

So join us in June, as Huw Stephen and his Guest Controller Swayleave no stone unturned in their quest to meet your every musical need.
Check it all at www.topman.com/ctrl.

New to topman.com/Ctrl are the not-to-be-missed Topman Ctrl Ob/Sessions – a video series of one-to-one intimate interviews exploring the musical obsessions of some of today’s most influential artists, producers, and DJs. Hosted by musical encyclopedia andman-about-town Raf Rundell from The 2 Bears, Ob/Sessions kicks off with the giftedDJ/producer, and now BBC Radio 1 host Toddla T who gives a unique insight into his love of Jamaican music and its influence on the music scene of his hometown of Sheffield. Beautifully shot in an atmospheric South London location and with a stunning ‘roots-to-rave’ soundtrack selected by the man, it’s a must-view for any music lovers and crate diggers.

It’s now ready for your viewing pleasure at www.topman.com/ctrl or on our Youtube channel – www.youtube.com/topmanctrl

SUBA STAGE ON EXIT: AV SHOW BOEMKLATSCH RECORDS, THE TASTE OF THE RUSSIAN UNDERGROUND AND THE VERY BEST OF KC GRAD