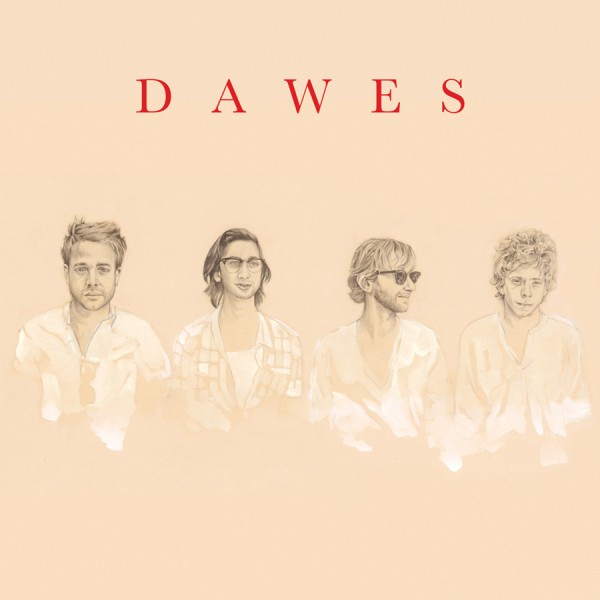 The Dawes, Dawes emerged into a band in 2009 and originally started off in sunny California. Best described as an American rock band, Dawes is a group of two brothers, Taylor on guitar and lead vocals and Griffin Goldsmith on drums, joined by two long-time friends, Wylie Gelber on bass and Tay Strathairn on the keys. is returning this year after the release of their album “nothing is wrong” from 2011 with a new album “north hill”, due to be realised on the 4th of June the album is Dawes’s second album and it looks like it’s going to be a lot juicier than their last. Starting the new album with “that western skyline” which starts with a real classic American feel. Slow and obscure it sets the tone for the rest of the album. It’s a real classic band ballad which could without a doubt silence a crowd. The next song “Love is all I am” is very catchy with the melodic drum beat and its very repetitive. The song really tugs on the listener’s heart strings and after listening to many times its hard not to sing along. On the other hand the songs do contrast with the upbeat, mighty stadium tracks which give the album a lot more flavour allowing more diversity and it’s not being the same constantly all the way through. Songs like “when you call me name” and “my girl to me” are easily the most upbeat songs and their bubbly guitar riffs are very memorable. These songs show how diverse and how much raw talent they have, by showing the shade between slow and upbeat makes people believe that there songs come from past experiences and they connect better.
Dawes recently finished their first headlining European tour, including three sold-out London shows. They’ll be back for a handful of dates in July, which will include sharing a stage with Bruce Springsteen at Hard Rock Calling in Hyde Park. Other dates also include T in the park and Latitude festival.