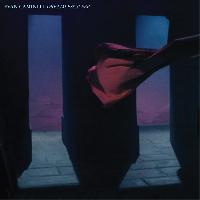 Evans Caminiti (also known as one half of guitar duo Barn Owl) has announced a solo record ‘On Dreamless Sleep’ out on 20th August 2012 via Thrill Jockey Records.

On Dreamless Sleep, Evans’ creates a lush and misty atmosphere with this collection of hazy, half-remembered sound portraits heard through a veil of static and hiss. The dense tracks are an evolution in terms of Caminiti’s compositions, musically referencing devotional hymns, Berlin- school epics, and cinematic westerns. The pieces began as guitar and synthesizer recorded to cassette 4-track and were deconstructed and rebuilt over a year after being recorded, resulting in rich orchestral swells and disorienting manipulation of the source material.

“The first version of the album – a kind of rough draft – was completed in San Francisco during Spring of 2011 before leaving on an extended tour that found me traveling without a home base for a period of 10 months. Upon returning to San Francisco and settling again in the Winter of 2012 I approached the material in a completely different way, changed by a year of travel and new challenges. It was deconstructed and reformed into a different album than what it had once been, echoing some of the themes I wanted the songs to reflect initially – the way our memory changes events in the past and how our surroundings define us.”