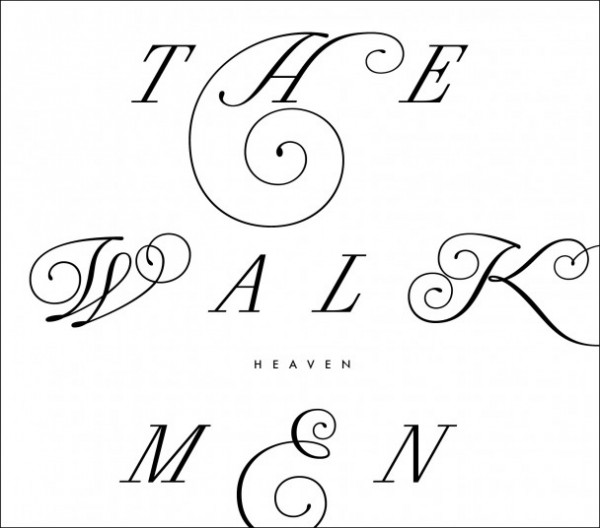 Their sixth album – Heaven – sees The Walkmen continue in a folk-like idiom with lots of simple harmonies, repetition and uncomplicated guitar band textures. Pleasant enough on the ear, it’s hardly earth-shattering stuff and lacks any real originality, strong character or musical sophistication. As such, I shall keep this brief.
The scene is set straight away by We Can’t Be Beat, a very pedestrian and unashamedly simplistic number that for the most part oscillates back and forth just between the same two chords. Love is Luck proves slightly more memorable thanks to a cheery upbeat tone and slightly more developed song-writing, but there is still something unremarkable about the music that renders it difficult to discover any real depth or imagination on display.
Heartbreaker relies on familiar pop music harmonies for the most part, except for a rather odd chromatic diversion that – whilst more interesting to listen to – sadly doesn’t quite work. Aside from that, the song is overbearingly monotonous. I’m intrigued by the title for the next song: The Witch, and indeed, it is by far the best song on the album. More distinctive and evocative, it benefits from having a greater harmonic originality than the rest of the album, an effective synth hook and a stronger melodic line. Things slow and quieten down for Southern Heart, probably in an effort to produce a powerful ballad, but unfortunately the songwriting isn’t original or sophisticated enough. Line by Line is a fairly effective stripped down number, essentially a series of guitar arpeggios and contemplative vocals – pleasant, but again, derivative and forgettable.
The tediously titled Song For Leigh lives up to its name. Alternatively, Nightingales seems an unexpectedly lively number considering its subject. One of the better songs, it once again is very simple but slightly more catchy than usual, having a nice mix of pathos and exultation about it. The blues suddenly make an appearance in Jerry Jr.’s Tale, but are rendered bland by yet more dull songwriting. The track goes nowhere and wisely just fades away not long after having begun. I’m getting seriously bored by the time of the banal The Love You Love – another song mostly built from going back and forth between two chords. How tedious.
The title track Heaven does little to redeem matters, sounding as it does virtually indistinguishable from most of the rest of the album. The band clearly didn’t anticipate my response to this record when coming up with the title for the next song: No One Ever Sleeps – although ironically, this is one of the more interesting songs featured thanks to some chromatic harmonies and evocatively sparse textures. Conversely, final track Dreamboat provides a fitting end – boring and forgettable.
There’s nothing offensively bad about this album; and indeed, if you are into this genre of simplistic, folk inflexed music, you may well enjoy it. Personally, I was deeply uninterested and unentertained.