The TenFiveSixty – Do This For Me 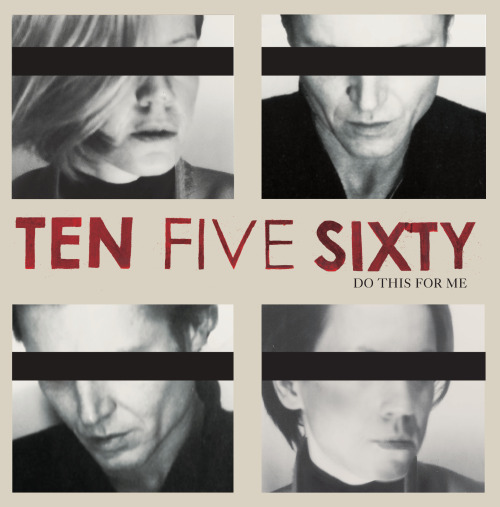 Perhaps I’m emotional. Perhaps I’m rundown (from one too many concerts), and thus susceptible to melancholic music. Perhaps I’m over-tired, or half-asleep, and feel slightly detached from everyday reality, detached from today – and as a result, the fact that I’ve played this song ten times in a row without moving a limb (or writing a single word) isn’t a an indication that I’ve found inner-peace, or that I’m connected on some higher level with The TenFiveSixty, but is because I’m simple sleepy. Or maybe, just maybe, ‘Do This For Me’ is one of the most beautifully haunting singles I’ve heard in years – and not haunting in the regular, overused journo sense, but haunting because of the pleasantly haunted, trance-like state I currently find myself in.

Formed by Jen Bailey and Rik Hornby upon meeting in a music shop (and since fleshed out to incorporate drummer Seb Sternberg), The TenFiveSixty are a British indie-electronica band, of sorts, but one whose strengths lie in their restraint; the indie is calming in a pop-folk ballad sort of way, and the electronics – essentially programmed drum beats – are subtle along the lines of simplistic, 80s synthpop. Basically, The TenFiveSixty produce minimalist indie-pop not miles from The xx (minus all that bass).

‘Do This For Me’ opens with a light, repetitive drum machine beat, one that is quick enough to create a thrill, but simple enough to remain as nothing more than a rhythmic backbone, as I’m sure it was intended. Shortly after a minute, a clappy, electro snare is added to the mix, and towards the end some extra high-hat and programming flourishes pop up, all the while gently increasing the intensity (where gently is the key word). This drum programming is basically the extent of the electronic element of The TenFiveSixty.

What makes ‘Do This For Me’ so damn exquisite is the twinning of Bailey’s delicately soulful voice and the rapid yet tender guitar work, all layered with occasional, atmospheric reverberations and echoes. Alongside the drumbeat is an 80s electronica sounding guitar part, made to sound like a synth riff, and this is laced with rapid finger-picking that would sit more at home on a Bon Iver track. It’s all divine, but it’s Bailey’s gorgeous voice and her heartfelt lyrics that really drive The TenFiveSixty’s sound to superiority – sounding both elegant like Julia Stone or Lana Del Ray, and tortured-indie like The Knife.

This single is also accompanied by a remix by the ultra-cool San Diego noise-pop band Crocodiles. I don’t tend to like remixed b-sides, but this one is actually rather splendid. Crocodiles have padded out the 80s electronic elements to create a noisier rendition, one that centres on a pulsating electro riff made by beefing up that central synth-sound of the original. The vocals and guitars are darkened by their distortion, but remain tuneful, and the underlying sonic sounds of the original are twisted to sound almost sinister. It’s off-kilter, but pleasingly so.

I have now listened to The TenFiveSixty’s ‘Do This For Me’ 20 times (and the remix an additional 5 times) today. Am I slightly bored of it yet? Am I at least beginning to sense that I was overreacting with my early, otherworldly opinions of it? Hell no! It’s as charming and emotive and evocative as I first thought. Indie single of the year? Hmmmm….Yes.