New Street Adventure – Say It Like You Mean It EP 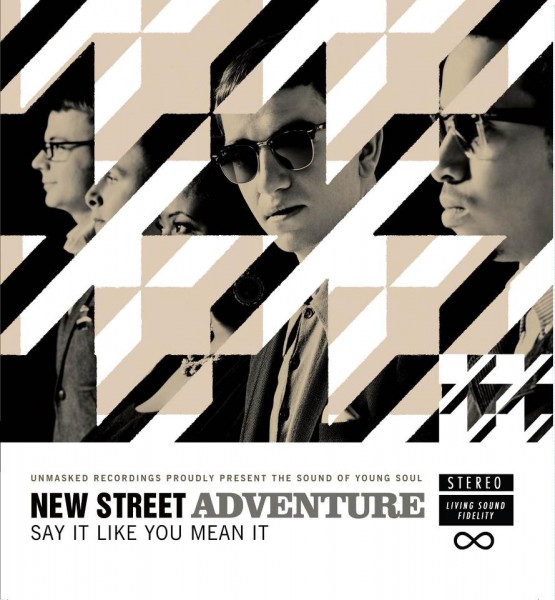 I feel like New Street Adventure may have missed the boat somewhat. Their happy-go-lucky pop style is so late eighties/early nineties sounding that it is hard to imagine this EP finding an audience. That’s not to say it’s that bad – but at the same time, the slightly cheesy ‘soul-lite’ nature of the music is dated and clichéd.
Such problems are immediately evident from opening track Hangin’On/Hangin’Up, with its banal lyrics, karaoke night sounding brass interjections, and lack of real soul or blues. On the plus side, the track has a strong energy about it; the band clearly has songwriting know-how (on this song at least) in terms of harmony, melody and rhythm; and the different instrumental parts are pulled off competently. The more jazzy On Our Front Doorstep has a familiar but effective soundscape including rock organ synths, blues piano, and trumpets in similar motion. The music itself however lacks the necessary invention in order to not sound derivative, and the song also misses a true feel for the blues.
Foolish Once More has an awful opening voiceover and is cheesy to the point of sounding like something from David Brent’s back-catalogue. Jack ‘n’ Danny is a more folk-like number which has a reasonably pleasant sound to start off with, but doesn’t really go anywhere. There’s some promise on display from this EP as a whole, but the band need to find a way of remedying their sound with a more contemporary edge, greater invention and more polished songwriting.