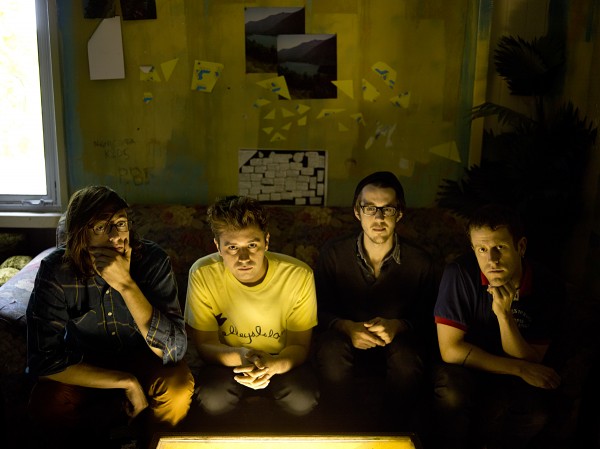 Following Cloud Nothings’ incredible set at Cargo in London last month, a Shepherd’s Bush Empire slot with Bob Mould, festival appearances and UK shows that have seen the band prove that guitar music is far from dead, the Ohio-based quartet have announced that they will be releasing a limited edition vinyl live album on July 30th 2012 through Wichita Recordings. The band will also return to London for a show at XOYO on August 21st! Tickets can be purchased here: www.wegottickets.com and www.ticketweb.co.uk

Recorded on April 5th at the Grog Shop in the band’s hometown of Cleveland, Ohio, the vinyl-only release with contain 9 live tracks. Recorded and mixed by James Kananen at the end of a long US tour.

‘Live at the Grog Shop’ will be limited to just 500 copies for a European release on clear vinyl. You can hear and download a 5-track sampler from the album on Pitchfork HERE

The tracklisting for ‘Live at the Grog Shop’ is as follows: