A Chat With Nick Magee 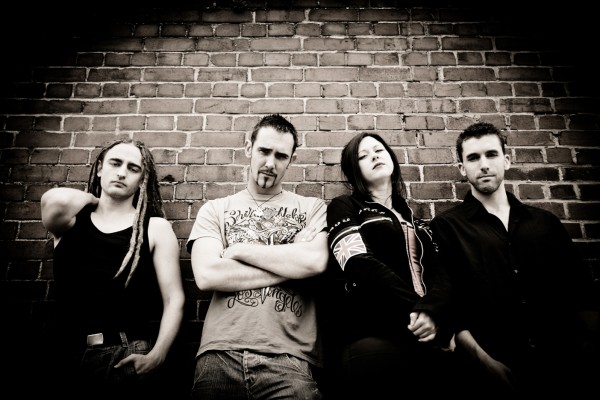 Daniel Cairns interviews Nick Magee of the band Sanguine about what they are all about?

AAAmusic: Can you tell me what Sanguine is all about?

Nick: We try to keep things eclectic as possible, we have a heavy base to the band that is like our default setting but we like to see what takes us, the mood on the day there is no kind of mission statement or anything. Just to play anything as long as we enjoy playing it. We started the band six or eight years ago can’t remember now I’m really terrible with dates. We started practicing in the back of a pig shed and then we got offered a gig and then we got offered another one and it just kind of snow balled from their and then we just started getting more serious about three years ago when we thought this could actually turn into something half creditable.

AAAmusic: You have a sound that is similar to My Ruin are you fans and what other bands influence the band?

AAAmusic: I looked on your page and you have a gap between all of your releases, what’s the reason for this?

Nick: At the time we are demoing with a guy called Daniel Bage from a band called Mutiny Within. The band was at the time singed to Roadrunner Records so basically we were demoing with him when he was off tour. He was touring American on a loop so every time he was back of tour we would get a demo done and it was mainly a money thing because we never had any money. So that was the guy that would do it for free or next to free so we literally had to wait until he was finished doing what he was doing so we could do what we wanted to do.

AAAmusic: What is the writing dynamic in the band?

Nick: Both Tarin and I both write independently but we both write together as well generally how it goes is one of us will write a song and then we will both write a song together. Then it’s like a process from there once the backbone is written. So then everything is in place when we bring it to the band. Previous to writing with Tarin I only used to write on my own and I think the same goes for her, It’s been nice for us cause it opens up a whole new dynamic to the band. We totally click together which is quite rare. 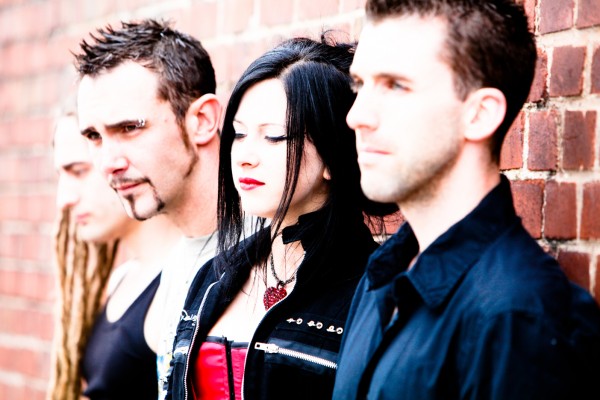 AAAmusic: Who would you most like to work with on an album?

Nick: Rammstein, Mike Patton would be the big one for us just for his range of side projects really would be a massive impact on the band you never know what he is going to do next. Mike Patton would totally change the sound of the band. Tarin has been working a bit with Adrian Smith from Iron Maiden on his side-project which is Primal rock Rebellion with Mikee from Sixth as well and while she was doing that I was working with Kieron Pepper the drummer from the Prodigy which was a cool thing to do it was a little bit of a muck around but it was cool to work on something with someone different.

AAAmusic: Who is your favourite female fronted group and explain why?

Nick: I was never massively into female fronted bands before, generally all the stuff I grew up on was all male fronted bands. The first female to really turn my head was Skin from Skunk Anansie it just felt different. I think a lot of the female fronted bands they might be good but they tend to be doing one thing. It’s very gothic it’s quite sort of of opera based and I am not really into that kind of music. When you hear Skin you know it’s her so she is up there in the top female artists I respect.

AAAmusic: What made you want to release a live EP?

Nick: The live EP came from the fact we had loads of Demo’s lying about and we were going through a bunch of old stuff and we wanted something to celebrate the fact we were playing the Download Festival. So we thought we would do a Download Festival thing only, but the question was what songs would we put on it so we looked at the live stuff that we had. Then we put five songs that we thought were pretty good on it. It was a present really for our fans because they have been so supportive over the years so it was nice to give something back.

AAAmusic: Have you ever turned on Scuzz and seen one of your videos being played?

Nick: Yes it’s happened quite a few times, it happened once when we were being played on two channels simultaneously. We actually turned over off us and came back on us again that was very strange. We are not used to seeing ourselves at all some of our videos have done quite well getting played on Scuzz and Kerrang. Carl Shannon directed our videos.

THROUGHOUT JULY HUW STEPHENS IS JOINED BY THE ALL ROUND MUSICAL MASTERMIND… ROB DA BANK!