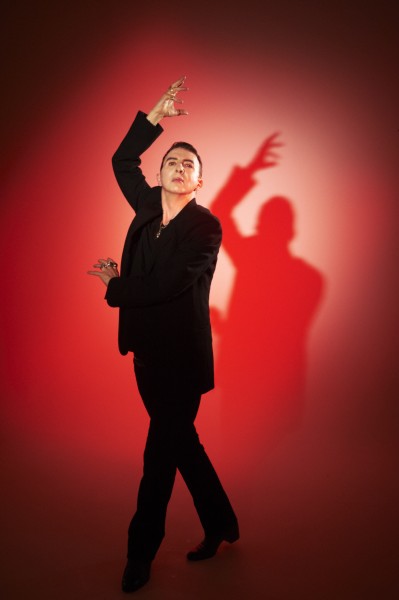 Five years after his memorable 50th birthday show, Marc Almond is back at Shepherd’s Bush Empire on Monday 9th July, to celebrate 55 with his fans for another one-off performance not to be missed.  Marc Almond in Concert – A Birthday Celebration will be showcasing a selection of Marc’s personal favourites picked across his whole remarkable career, plus a few surprises, which will include a celebration of Northern Soul.  The famous cover of Gloria Jones ‘Tainted Love’ – a Northern Soul classic – was a huge hit worldwide.

Marc says “The 9th of July Shepherds Bush show marks my 55th Birthday and still being here against the odds. Starting with a selection of some of my favorite self-written songs and fan favorites, it’ll finish with a Celebration Northern Soul Set. Why? Because it’s my Birthday and I want to dance!”

Critics recently praised Marc Almond for his portrayal of Philosopher Seneca in the opera Pop’pea at the Paris Chatalet Musical Theatre (29th May – 7th June), which received rave reviews.

Next on the agenda will be a once in a lifetime performance of the 30 year old’ Marc and the Mambas’ classic album Torment and Toreros in its entirety.    This will be one of the main events at the Meltdown Festival on 9th August.  Almond is adamant that the show will not be filmed or recorded and the album will not be re-released in the future, making this a unique event not to be missed.

Busy Marc will then hit the road in September for 9 UK shows with his Pop Troubadour, Hits and More Tour. Despite a delay with the album release due to legal issues, Almond decided to proceed with the tour as planned. “I imagine this is the last time I will do a tour of this type and I would still like to celebrate my 55 years of still being alive” says Marc. The album will be released in 2013.

Tickets for all shows are all subject to booking fee. Under 14 must be accompanied by an adult.

Finally, in between all of his personal commitments Marc will be appearing as special guest on the Jools Holland Tour of the UK… a very busy few months for him and his fans, with plenty of treats to make 2012 a year to remember!