Luke White – Outside In 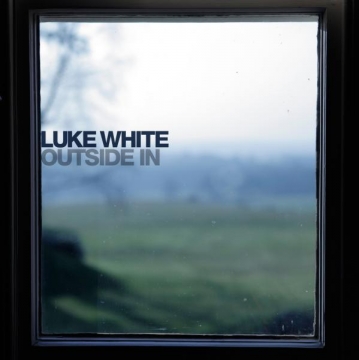 “Outside In” is the debut album from solo artist Luke White. Although he could technically be described as a singer songwriter White’s songs often sound more like a band effort. They are big songs with textured sounds and layered instrumentation. The album opens with the suitably titled “intro” a track that perfectly introduces this sound and sets the tone for Outside In. The album consists of 11 tracks (2 instrumentals) with most songs having a broody, almost melancholy tone- musically the tracks are pop ballads but with hints of electronic and rock.
“Goodbye Skin” is a guitar driven pop melody but with an anthem sound to it- the track is comparable to the sounds of Snow Patrol, as is much of this album. One of the best things about “Outside In” is Whites knack for breathing new life into common song subject matters. This can be heard on “Black Market Red Roses” where White dissects the act of someone desperately trying to impress a potential partner.
The intelligent lyrics are observant and witty while telling a common story. This trait can once again be heard on “She’s a Dancer” an upbeat effort with a great guitar breakdown towards the end- this is one of the catchiest tracks on the album. While I enjoy Luke White’s vocals and his moody timbre, the latter half of this album begins to drag slightly with a few weak tracks like “Stupid Kind Of Love” that don’t highlight the true extent of White’s capabilities. This album is a mature effort with some brilliant moments, however I feel that White has yet to find a signature sound.