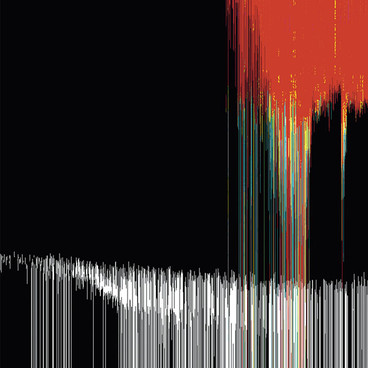 Theatrical. Flamboyant. Outlandish. How many adjectives have been used to describe the band from Norman, Oklahoma? How many other bands manage to overcome the Lips in encapsulating psychedelic trips in notes during the past thirty years? In 2012, is Wayne Coyne’s creature still that schizophrenic scherzo of joy and beauty, or rather a pantomime made of continuous (and superfluous) releases, 24hours inaudible songs and indigestible hyper-prolificacy?

This question would probably make sense if you intend music as a pre-packaged product to be consumed very let’s say two-four years equally as Euro 2012 or London 2012 (Can we write it without incurring in copyright infringement?). This is not the way Wayne Coyne intends music. In the light of a manifest re-or-in-volution in the music industry, he said: “Let’s fuck around for one year”. The easiest comment was straightway a “What do you think you’ve been doing in the past 25 years you nut-head?”, but just an encounter with an edible gummy foetus as music package would have then shocked even the most worldly-wise fan.

Heady Fwends is part of this process of exploration and experimentation. The opening 2012, featuring Ke, Biz Marke & Hour Of The Time Majesty 12, a band who often supported their live acts, is a clash of metal and electronic a la Sleigh Bells flirting with Crystal Castles. Much more introspective is the collaboration with Bon Iver, where Bowie meets Xiu Xiu. Helping The Retarded To Find God, sung with Edward Sharpe & The Magnetic Zeros, reminds the atmospheres of Yoshimi with a touch of Spiritualized, a band which The Lips still owe.

In spite of the variegated range of collaboration, Heady Fwends is extremely consistent and cohesive, Impressively, the most interesting outcomes spring from the least hyped collaboration, such as Teasered and Maced, a tale of rock and police told by the fascinating voice of Aaron Behrens on an edgy carpet of electronic dystopia. This piece replaces the collaboration with Chris Martin which appeared in the version released in April for the Record Store Day.

It is very hard to find any faux pas here. The industrial pace of Is David Bowie Dying?, composed by the hypnagogic star Neon Indian, is breath-taking, as the dystopian You, Man? Human???, with the raucous voice of Nick Cave, and the tribal dub of Do It!, featuring Her Majesty Yoko Ono.

Let’s get back then to our initial question: there is indeed a risk of information overload in the experimentation of The Flaming Lips, but no dumbing-down whatsoever. The genius of Wayne Coyne & ‘fwends’ seems endless and surely quicker than our ‘metabolism of sound’. It doesn’t matter if it will take you three years to absorb their creativity, because it will be definitely worthy.

CHARLIE LANKESTER AND THE MOJO KILLERS – Spinning Of The Wheel