The Lancashire Hotpots – The Beer Olympics 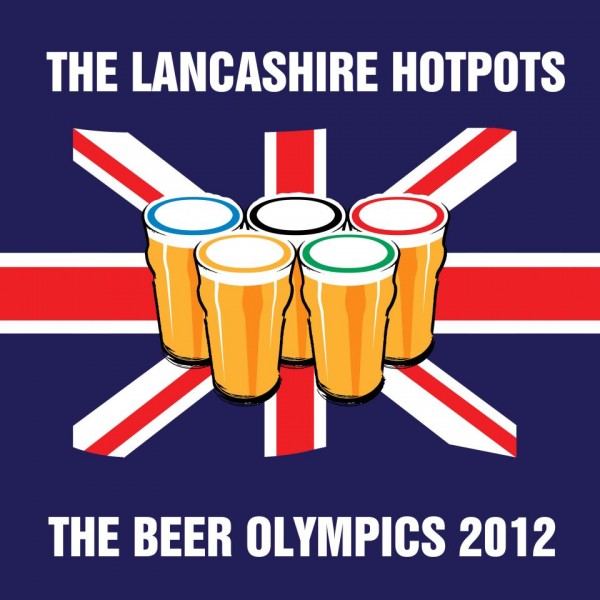 With less than two weeks until the Olympics start, this song is brilliantly fitting. The entire song is about making beer an Olympic sport – something that would work out well for Great Britain, I’m sure.
The Lancashire Hotpots are a comedy folk band which is demonstrated perfectly with this song. It’s hard to listen to the song and not smile. It’s amazing. I’m not sure if it’s the accent or the jokey subject matter but it sounds like something that Peter Kay would be likely to do.
What impresses me most is the fact that, despite being a comedy song, the lyrics are actually pretty impressive. The song itself is undeniably catchy too. Maybe it could become the Olympic theme..? I also love the fact that it’s put a positive spin on the Olympics. There are a lot of people who moan about the Olympics coming to London, I’m one of them, so having a song that puts a positive spin on it whilst joking around is incredible.
The fact that the accent of The Lancashire Hotpots is so evident in the song pleases me greatly – I do appreciate a good Northern accent. It also helps to add a bit of sincerity to the song; apparently Northerners like to drink a lot.
It’s hard to come by a comedy song that you think would actually go far in the charts but The Lancashire Hotpots have managed it somehow. With its country-esque sound and brilliant lyrics, ‘The Beer Olympics’ has to go far. It’s funny, catchy, and just generally awesome. I love it.
If you want something to ease the upcoming pain of busy streets and the mess that we’ll know as public transport, this song is definitely worth a little listen.