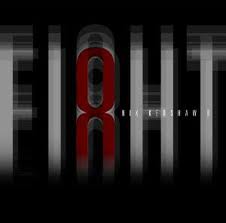 Nick Kershaw , once a jazz-funk guitarist, is an English singer-songwriter who was idolised during his fifty weeks on the UK Singles Chart in1984. With this particular record he beat all other solo singers. His infectious hits included Won’t Let The Sun Go Down On Me, The Riddle and Wouldn’t It Be Good, which found international success.
On 6th August, 2012 he will release his eighth studio album, EI8HT, on Shorthouse Records. This is his first studio album since You’ve Got To Laugh in 2006.
These Tears is a stomping and retrospective sounding guitar jam given a contemporary feel. In positive and upbeat The Sky’s The Limit the vocals have a piano backing. Runaway is an emotional number created around a stunning synth and acoustic guitar whilst Red Strand is a soulful and lyrical song with a Celtic folk feel. The gentle You’re The Best evolves into something quite rocky and in Rock Of Ages the rock element becomes even more pronounced.
Fans may see this as another mature and brilliant album from a fine and talented singer with an outstanding back catalogue of diverse songs. His stunning and irresistible voice will take them on a melodic and poetic journey through an eclectic mix of styles.
Clearly Nick won’t let the sun go down on his career but, alternatively, if you’ve never really liked his voice and found his music inconsistently interesting, you may also have a problem with this album. The occasional glimmer of something new, fresh and exciting may not be good enough.