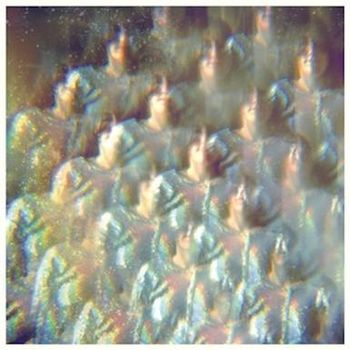 Right in the moment when you though nu-folk had nothing to say no more, here comes Stealing Sheep to confuse your mind and give you new hope. Rebecca, Lucy, and Emily come from Liverpool and attracted already the attention of BBC6 and Paul McCartney, who’s also founder od Liverpool Institute for Performing Arts, where Rebecca studies.
Stealing Sheep take on the principles of folk and apply them to indie and that kind of Folktronica which made the fortune of Morr Musik in the early noughties. At first Into The Diamond Sun sounds like a hybrid lovechild between Animal Collective and Maps & Atlases, and that would be enough to draw the curiosity of genre’s enthusiasts.
There is more though: the vocal abilities of the trio, a joyous rhythm section, and the wise contribution of electronics provide this album of its uniqueness.
The synthesisers in Rearrange politely give cohesion to Rearrange, while the quirky guitars of White Lies make even a complicate tempo like this a catchy pop-song. With Circles all the influences of 60’s psychedelia appear manifest, like a jam session between Vashti Bunyan and Stevie Nicks on acid could sound.
Into The Diamond Sun is kaleidoscopic as its cover reveals and its eclecticism explodes in the final Bear Tracks where the 60’s meet the acoustic taste of Tunng and the gentle electronics of Mum.
Overall, the Liverpudlian trio provided a magnificent work at their first attempt, refreshing, eccentric, and unpredictable. Into the Diamond Sun is out on 13th August via Heavenly Recordings.