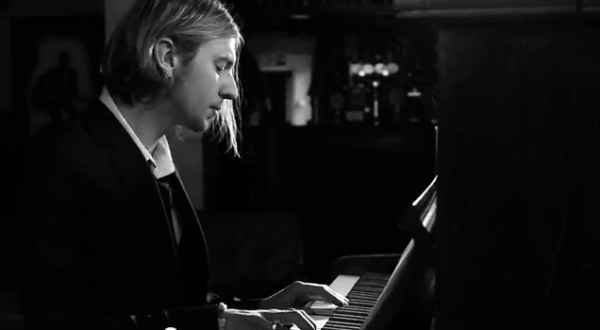 “Harold Pinter is Dead” is the new single from British singer-songwriter Kieran Leonard, taken from his debut album “Out of Work Astronaut”. It is clear even from the title of this track that Leonard differs from the average singer songwriter in choosing to sing about a wide range of subject matters-you won’t catch Leonard releasing an album of simple love songs.

Leonards songs are wonderfully crafted as he manages to “meld the poetic with the political” by pairing descriptive and analytical lyrics with understated melodies. “Harold Pinter is Dead” is perfect testament to Leonards song writing ability. The track is rather wistful sounding tune that begins quite tamely with just Leonard’s raspy vocals and some soft accompaniment. However over the course of an epic 6 minutes the song builds and builds gaining momentum in the latter half of the song.  Overall this track has a bluesy/folk feel- complete with a harmonica solo. It is a brilliantly produced effort that leaves me eager to listen to the rest of “Out of Work Astronaut”.