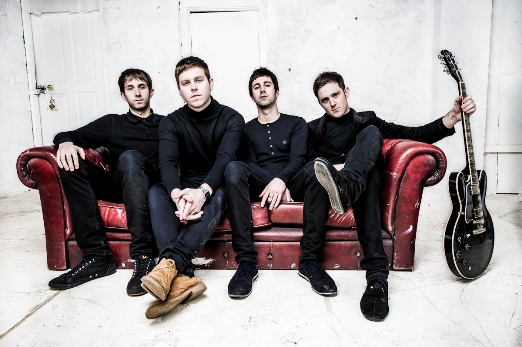 It was during my third listen to Newport based rockers The Boy Royals’ third single People Like Us when I realized that the melody in the verses is pretty much a carbon copy of Billy Bragg’s New England. It was because of this I spent the next ten minutes listening to the Bragg classic in the name of “research”. It meant I didn’t have to listen to The Boy Royals’ warmed over brand of boringly competent, hopelessly by the numbers pub rock. I could listen to something with heart, wit and charm. Something that didn’t treat its working class roots as an image to seem cool and salt of the earth. But it couldn’t last forever. I heaved myself through a couple more plays of People Like Us and marvelled at how something so boring could be inspired by the Manic Street Preachers, as they proudly state on their Facebook. As I said it’s not offensively bad, it sounds exactly like any other self-consciously working class band with a chip on their shoulder, an Oasis songbook and an extremely expensive recording studio. It’s just so… very… dull. If for some strange reason this has piqued your interest then a new record by The Enemy was released this year, it’s basically this with more interesting songs underneath it, buy that first, it’s a better investment than this.