James J Turner – How Could We Be Wrong 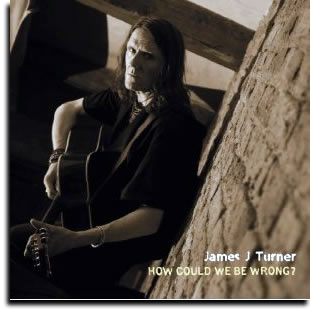 Anonymity should never be strived for in pop. It just goes against everything a pop star, hell, musicians in general represent. If you truly wanted to remain a stranger to everyone around you, one wouldn’t stand on a stage and bear their deepest, darkest emotions to the world through the medium of song, it just doesn’t make sense. However, there does seem to be a string of musicians, makers of pop songs in many shapes and forms that want to make music but put as little personality as they can into them, they want your attention, but they’ll be fucked if you’ll know them at all. It’s with this in mind that I listen to ex Electric Morning frontman James J Turner’s second solo album. It’s not actively bad, as a matter of fact, it’s just fine. The music is fine, the production is fine, the lyrics, despite getting rather clunky when Turner talks about politics (embarrassingly enough) are, on the whole, fine. And this kind of makes me want to scream. See, Turner is talented enough to make an interesting record; John Peel was a fan of The Electric Morning for the love of God, but this is not it by any stretch of the imagination.

The overall feeling of this album brings to mind if the next Mumford and Sons album went all AOR on our collective arses; it still strives for meaning and profundity but, with everything that could be called edgy shaved off (Marcus Mumford’s sandpaper coated larynx, their one of a kind sense of scale), it just sounds like a curious mix between lazy and try-hard. Truth be told there isn’t all that much to say about it beyond that, every conceivable singer songwriter trope gets a look in here, from faux gothic western slide guitars on Beyond The Pain, English trad folk on Once Upon a Time and many examples of gentle, inoffensive folk rock on the rest of the album. It’s not even all that pretty, Turner may have a pretty good ear for arrangements, with some interesting deployments of Mandolin and pennywhistle here and there, but he can’t write a catchy melody to save his life. I’ve listened to it all the way through a couple of times now and can barely remember what his voice sounds like, let alone what it’s singing.

This whole album just goes to show that it is possible for inoffensive music to misfire spectacularly, that it’s not just music and bands with ambition that can infuriate a discerning music fan. It may have already occurred to you that James J Turner has a namesake solo artist who you may have heard of. He essentially does what James does but miles better, and then a lot of other stuff that James wouldn’t dream of trying. Listen to him instead, unlike listening to James J Turner, it won’t be a waste of your time!
★★★★★