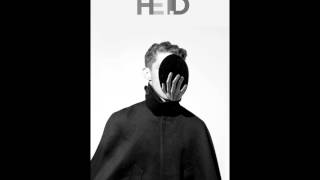 There are three tracks on this EP and, I think it’s safe to say, that none of them are particularly outstanding. The thing that bothered me most about all the tracks was the fact that the vocals sounded like they were being sung through a megaphone and, because of this, it makes it hard to understand what’s being said half of the time.

The first track – ‘Bloodsweat and Honour’ – has good guitar work and the drumming is of a good standard, but the backing vocals sound like they’re a second out and it makes for a confusing listening experience. It gives the track an unprofessional feel. Whilst on the subject of vocals, they kind of remind me of The Bravery. This can only ever be seen as a good thing. If you overlook the fact that the backing vocals are shocking, the song does grow on you if you listen to it enough.

The next track – ‘Own Designed Love’ – is the better of the three. Unlike the first track, the backing vocals work better with the main vocalist which helps to produce a nicer, more pleasant sound. It’s a more mellow track than ‘Bloodsweat and Honour’ which helps make it easier to listen to, in some ways.

Finally, we come to ‘Age Anti Age’ which was the most confusing track to listen to. The sound changes throughout the song and, in my opinion, it’s not managed in such a way that it’s nice to listen to. It just seems like the band are confused about how they want to sound.  Again, as with the other two tracks, it’s hard to pick up on some of the lyrics because of the effect used on the voice. From what I heard, the lyrics sound great but it’s sad that I can’t hear them all as clearly as I’d like. One thing that did impress me with this song was the drumming. I loved it!

As a whole, I would say that The I.D. definitely have an alternative sound to their music but as E.P’s go, this isn’t one of my favourites. In fact, the only thing I liked about them, besides their instrumental talent, was the fact that they sound like The Bravery at times. I’m sure that The I.D will have plenty of fans who love their sound but, sadly, it’s just not for me. Sorry!