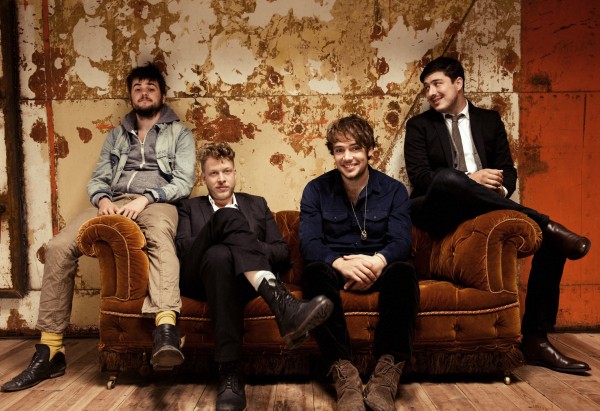 Mumford & Sons release their new single, ‘Lover Of The Light’, on the 3rd December. It is taken from their second album, ‘Babel’, out now through Gentlemen of The Road/Island Records.

‘Lover of the Light’ is a song that Mumford & Sons had been playing live months before they settled into the recording sessions for ‘Babel’. It has become an integral part of their current live set, with Marcus playing drums, and Winston replacing his banjo with an electric guitar. It is a soaring, dramatic rock song, and one that has translated from the stage to record without losing any of its energy.

The release of ‘Babel’ in late September signalled an emphatic return for the London band. Debuting at number 1 in the UK and US charts as the fastest selling album of the year (and the fastest selling rock album in the US since AC/DC back in 2008, with over 600,000 sold in its opening week), ‘Babel’ has now sold in excess of 1 million copies globally.

The band’s forthcoming ‘Tour Of Two Halves’ which takes them across the UK’s theatres and arenas, sold out in little over an hour, and follows a tour of Australia and New Zealand, and two dates at the Hollywood Bowl.

‘Lover of the Light’ will follow the release of a live DVD, ‘The Road To Red Rocks’, which is released on 26th November through Gentlemen of the Road/Island Records. The DVD features exclusive coverage of the band’s shows at Red Rocks in Colorado back in August, and also includes documentary footage of the band filmed during their Summer tour of the US.

Watch a trailer for the DVD on the Mumford & Sons YouTube page here.