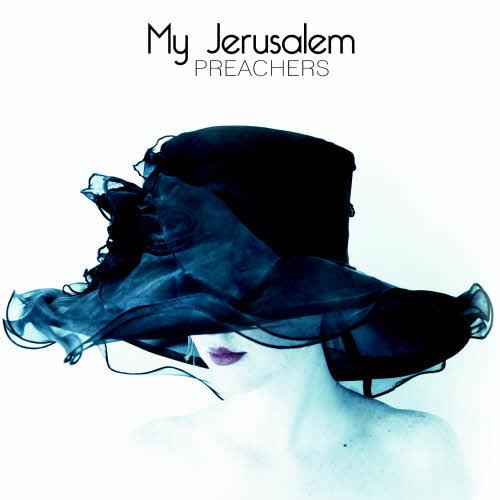 It may sound unfair to give this album the nickname “My First Nick Cave Record” but please hear me out, this record entirely deserves it. I think it’s something of an achievement to sound so accessible while successfully bringing to mind one of the most divisive, visceral and ground-breaking artists of the past twenty-five years, and anything that may convert an impressionable young mind to the church of Cave gets an unquestionable thumbs up from me. Preachers is the second album from My Jerusalem, a band formed by portentous Austen/New Orleans based singer songwriter Jeff Klein, whose smoky, mannered tones are a perfect fit for the records smooth yet gothic atmospherics. It’s just such a shame that and album that could be such a winning success, a more accessible Nick Cave, is such a boring listen. I’m finding it so incredibly difficult to find anything to write about, this first paragraph has taken me nearly forty minutes while listening to the album because, bar the odd sweet sounding melody here and there, everything seems so controlled and reined in, it’s like they’re trying not to wake their neighbours.
This is not something anyone should want from a record, there is a massive distance between “Accessible” and “Boring”, Guided By Voices are accessible, The Beatles are accessible, they realize that a good enough melody can be plaid with anything and through anything. Coldplay are boring, Razorlight are boring, because they second guess themselves and their audience in everything they do. My Jerusalem are incredibly guilty of this, Preachers never gets too carried away with what it does, barring a few exceptions, everything is infuriatingly mid paced, and even those tracks that aren’t share an airless, stuffy feel to them which isn’t helped by the totally lifeless production. From time to time you’ll get a melody good enough to carry a mediocre song, like the meditative Devoe, and Born in the Belly actually has some edge and a pretty killer guitar hook but it doesn’t last. I could name particular tracks that are guilty of sounding lifeless but it would be kind of useless, the same attributes listlessly trotted out with a different song title. A lot like how this album is at its worst.
I feel kind of bad for bringing up Nick Cave so early in this review, yes, the album sounds vaguely American Gothic with portentous lyrics and sometimes unique instrumentation, but comparing them is like comparing a Clapham Bedsit with a Kensington Townhouse, yes, they share the same basic purpose, but only a moron would choose the bedsit. So no, I can’t recommend this record on the strength of two good songs (two and a half if you count the second half of closer I Left My Conscience in You). As much good will as I might have for its concept, in execution it’s not worth anyone’s time or money.