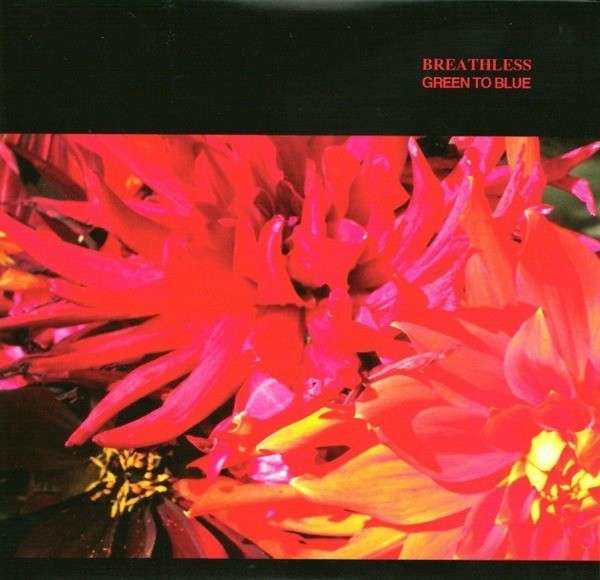 At first I thought London based dream-pop stalwarts Breathless had just wanted to release a double album at any cost, despite only having eleven songs to put on it. “What a folly” I thought, “what an expensive, ambitious folly for the sake of some very smart packaging, in no way can they make eleven songs sit comfortably over two separate disks! Now, let’s just pop this on and see if they’ve done something fascinating with it…” At this point after listening to the record, dear reader, I now miss that period of blissful innocence like I miss the time I thought Santa Claus was real. You see, how London based dream-pop stalwarts Breathless made eleven songs comfortably spread over two disks is by making the album SEVENTY FUCKING MINUTES LONG. For contrast, The Who’s 24 track double concept album Tommy is only five minutes longer, Pink Floyd’s 26 track long The Wall is only ten minutes longer. Hell, Frank Zappa’s Freak Out! Album has fourteen tracks and is ten minutes shorter than Green To Blue. So, all things considered, it’s just as well the album’s a blinder, more than deserving of its arse-numbing run time and conclusive proof of Breathless’ self-proclaimed status as “Godfathers of Space Rock Melancholia”.
Which is not to say that Green To Blue is an easy listen, or even a record that makes total sense on its first listen. Most of Green To Blue is played at an almost funereal pace that needs to be sat down and properly listened to in order to see it as anything more than an overly long slog of a record, but when one does sit down and listen one can fully appreciate the angelic and, at some points, truly staggering melodies that permeate it and allow singer Dominic Appleton’s occasionally colourless voice to truly mesmerise over the course of the record. Highlights of the first disk are uniformly when the proverbial thermostat is turned up, the over ten minute long disk closer Walk Away and Next Time You Fall both being carried on distorted guitar riffs that still shimmer as much as they sear. This isn’t to say that the (even) more subtle tracks aren’t good, just that the shock of the guitars provides a thrill more tangible than the rest of them. Disk two is a comparatively more upbeat proposition, typified by Just For Today’s joyful guitar arpeggios and opener Rain Down Now’s calm, contented acoustic guitar picking, these are the high points for sure, but everything in between is still well worth hearing, but possibly in need of more time with the record than I have to fully realize its charms.
In total, please don’t be put off by the tricky elements I’ve said above, yes it’s a very long album, yes the pace never goes over saunter, but this is a marvellous record that rewards patience and time with some truly gorgeous music. Now I think about it, the sheer melodicism of the record means that it is as accessible a record as it is taxing, the kind of record that makes you want to listen to it closely as opposed to demanding it from the listener outright. Rarely have a encountered a record like it, and for that reason alone, beyond all question of individual taste, it’s worth your time and money. Highly recommended.