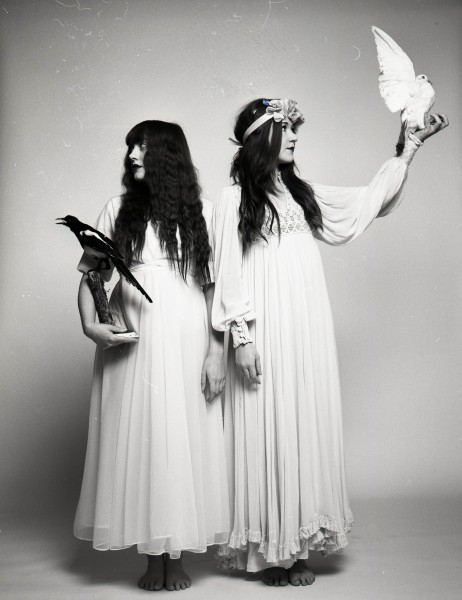 Win tickets for Bird show at Upstairs at The Garage – London

3 lucky winners will bag a pair of tickets each!

Three piece Liverpool band Bird is the creation of Adele Emmas (singer, songwriter) Sian Williams (guitar, harmonies) and Alexis Samata (drums) Together they create dark, haunting, atmospheric music which will entice you in to their magical, other worldly universe. With beautiful, siren-esque vocals, tribal, hypnotic drum beats and spellbinding guitar work, Bird are refreshingly unlike anything that’s currently on the music scene.

After bumping in to each other at a local gig one evening, Adele and Sian bonded over their mutual love for artists such as Leonard Cohen, Kate Bush, The Cocteau Twins, Warpaint, and Fleetwood Mac. The girls swapped numbers and soon after songwriter Adele and drummer Alexis invited Sian along for a jam where they realized together they had something very special to give. The trio have since gone from strength to strength after signing to independent record label Jack To Phono Records on which they released their first EP ‘Phantoms’ back in November of 2011. During their 2011 tour, alongside their sold out EP launch, the band have built up a large, loyal fan base in their home town of Liverpool and other areas of the UK. After recently releasing their second critically acclaimed EP ‘Shadows’, the band are now starting to make waves across the globe.

BBC Radio stations including Radio 1’s Rob Da Bank, BBC 6 Music (Maconie and Radcliffe, Tom Robinson and Steve Lamaq) and Simon Raymonde (Cocteau Twins/Bella Union) on Amazing Radio have all recently featured Bird on air. The band have also had their music featured on Channel 4 and have had various magazine articles published in NYLON magazine, Bido Lito and many more. After being especially selected by the BBC, last year Bird attended a musicians workshop at Abbey road and Maida Vale London where they got the chance to meet the likes of Jo Whiley, Steve Lamaq and Zane Lowe.