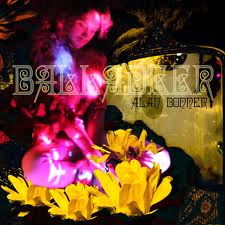 Folk and glam rock singer songwriter Alan Bonner grew up in Suffolk and graduated from the Brighton Institute of Modern Music in 2007. He’s been compared with Rufus Wainwright and David Bowie and has a following in the UK, Italy, Germany and Australia.

Balladeer, his second album after Songs for the Heart Shaped, is released on 4th March, 2013. Here his vocals are accompanied by a gentle orchestration from cello, piano, ukulele, accordion and guitar.

Nostalgic Autumn creates a pleasant picture of chilly weather and fallen leaves as it reflects on loneliness and love lost, whilst the summery Lighthouse Song has a hopeful, upbeat mood despite the sad, bitter lyrics. Talia is a light-hearted story of friendship and red wine told with honesty.

The horrific Rainbow Man, based on the homophobic hate killing of Matthew Shepard, has a delicate piano accompaniment. It’s a protest song which captures this tragedy with sadness and anger. In Jazzy Redemption Alan sings alongside cello, electric guitar and drums.

Some critics find Alan’s music forced, overblown and slow to take off, with lyrics that are not always easy to hear. His fans praise what they see as beautiful and refreshing songs cleverly put together to create a traditional feel. Personally, I think he shows great courage to tackle some difficult and sensitive subjects.