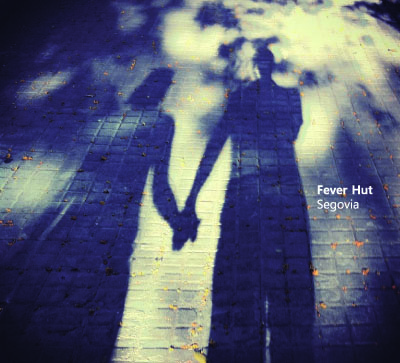 Never begrudge anyone a second chance. If you do then you must also begrudge Radiohead for making Pablo Honey before The Bends, Blur for Leisure, and on a slightly different scale, Fever Hut for taking their sweet, sweet time in making this astounding debut (sort of) record. Y’see Fever Hut as a collective go way back, all the way back to the mid-eighties where they were referred to as the Passmore Sisters. They generated some decent hype for themselves, even recording a session for the late, great John Peel, but ultimately imploded for reasons unknown. In 2013 they gave themselves a new moniker and tried again, coming up with this elegiac, subtle beauty of an album in the interim. It may have been a long time coming, but if anyone’s been waiting then I’ll be damned if they’ll be disappointed by this. The album is lush, intimate and utterly gorgeous, built on piano, chiming electric guitars and Martin Sadofski’s fragile vocals, but for all its subtlety, the songs are all built on sturdy hooks that stop it from slipping into anything resembling boring. This is a songwriter’s record for sure, and while that in and of itself might take it off the market for some, for those willing to give it the time it deserves it will not disappoint in the slightest.

Unfortunately for me, there isn’t all that much that I can say about that doesn’t involve me praising it to the ends of the earth. Of course there are songs that drop or rise in quality over the course of the record but for one, that’s entirely subjective on my part and for another, that’s to be expected of pretty much every pop album ever. I guess one could also say that some of the songs blend together somewhat, but that’s again a comment on most albums one could mention and when an album is as melodically subtle as this one. To have more than a couple based around an acoustic guitar motif and whispering electric guitars, like on the bewitching ‘Love Like A Car Crash’ or ‘Narcosis’ laidback, slide guitar assisted saunter, is more than par for the course, and with melodies as memorable as the ones on offer on those two tracks it more than makes up for some of their sundry similarities.

In total, this is a quietly sensational record, if such a thing exists. Like a more openly romantic I Am Kloot or a more musically traditional Elbow, Fever Hut manage to captivate their audience entirely without a shred of bluster or undeserved bombast. Even when they do turn up the thermostat, like at the raging, feedback soaked climax of the American Gothic waltz of Johnny Joey Dee Dee, it doesn’t feel out of place, if anything it’s a tantalising glimpse of what could come next for Fever Hut. Finally, this is an album that feels like the work of a band that knows what they’re doing, it sounds as natural as breathing in terms of song writing, production and performance, and with the amount of new artists producing music that’s kneecapped by just sounding amateur, Segovia is a revelation even before you take into account its quality. In total, this is essential for anyone who appreciates craft and melody in what they listen to. Welcome back lads, I might not have been born even when you originally split up, but it’s great to have you again.

ITCH – Manifesto Pt. 2: We’re All In The Gutter