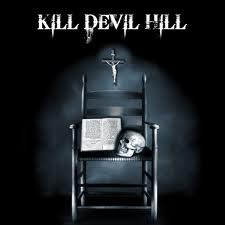 A Promising Debut from a classic sounding band!

Featuring Rex Brown from Pantera and Down, Vinnie Appice from Black Sabbath and Dio, plus memebers of W.A.S.P and Pi**ing Razors the band seemed an odd mix but also made sense the you thought about it, after gigging for a good year the band unleash their debut.

The album is simply a great Rock album, great up-beat Rockers such as the albums highlights are opener ‘War Machine’ and ‘Voodoo Doll’ slow doomy numbers like ‘Gates of Hell’ and theres a nice acoustic song ‘Mysterious Ways’ too.

You can’t help listening to this without Alice in Chains springing to mind, however this band are not as gloomy and although comparing them to Alice in Chains is a compliment, it’s something they’ll need to shake off in the future. there’s the obvious Black Sabbath and down influence but that’s to be expected. All musicians are on fine form but the star here is vocalist Jason Bragg, where the hell did this guy come from? He sang on one Pi**ing Razorsalbum ‘Where we come From’ which he gave a pretty standard performance, years of nothing then out of nowhere this! he has one of the best voices going and this is one of the best vocal performances on a Metal album I’ve heard in a long time. Great stuff.

Not a perfect album, but its early days. hopefully over the next couple of albums they will find and perfect their own sound but there’s some great songs here, one thing that stands out is how accessible it is too. With a decent video‘Voodoo Doll’ could be massive, this could be the start of something huge!

KILL FOR EDEN – Kill For Eden