STAGECOACH – Say Hi To The Band 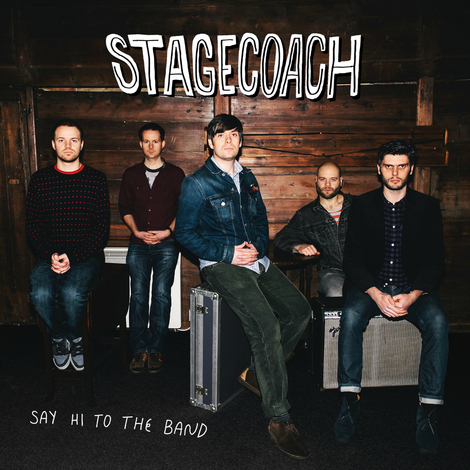 A cheerfully languid, occasionally spiky record, Stagecoach’s Say Hi to the Band is an accomplished debut full of poppy charm and alt-rock aesthetics.

Starting up with ‘Workworkwork’, there’s immediately a synthy-wailed and slightly skewed electric guitar riff that puts smiles on the horizon, before the clean, almost jangling bassline (if basses can ever jangle like Rickenbacker guitars) and cheerfully sardonic vocals of the verse kick in. The tales of gently shambolic young life and the melodic phrasing bring to mind Ginger Wildheart at his most pop, albeit pre-watershed. Then, ‘Action’ brings a helter-skelter snare drum and sunny bass riff, countered by periodic group vocals, even some “ooh-woo-ooh”s, and yet somehow Stagecoach manage to make this feel cosily non-trite, even when sitting in the same song as a treble-drenched Mudhoney-esque squalling solo.

Speaking of Mudhoney – albeit ridiculously tenuously – ‘56K Dial Up’ has a sweetly grungy feel to the slightly discordant, slow melodies and lyrics tinged with angst around the edges. Yet the lo-fi synth fun and momentary speed-up and slow-downs are the band’s own, as is the mix of clean bass and distorted jangle in the guitar tone. After one such slowdown, ‘A New Hand’ lopes into a charming ballad; a bittersweet ode to the growing pains of young adulthood. The use of a slow march in the drums and brass melody alongside a 6/8 time mean that there’s a strange mix of the romantic waltz and ominousness of the funeral march, all wrapped in a shimmering, fuzzy piece of piano pop.

To counter, lead single ‘Threequel’ brings Stagecoach back into earnest, slightly snarky, synthy alt-pop territory, with clattering uptempo drumming and energetic, simple riffing over the scaffold of catchy melodies. Admittedly, this does feel a touch single-by-numbers in contrast to earlier tracks, the raucous raspy vocals perhaps too indebted to the laddishness of the previous decade’s “indie” rock bands compared to the ease of ‘Workworkwork’. Again, ‘First and Last’ seems a bit forced – contemplative lyrics and chilled basslines are all well and good, but meanders a bit too much and the shouted climax feels a bit forced. But this is all forgiven by the reprisal of just this off-kilter winning charm in ‘King’s Resolve’. The bassline skips and runs happily along a melody as the vocals drawl a good-humoured tale of waiting out the trials of life. The addition of a hushed midsection and bridge buildup, complete with guitar harmonics, before a sweetly chaotic yet structured solo, makes the track a treat, and the final chorus brings back the effortlessly rhythmic hook and the oddly enjoyable, daft, synths. These synths also lift ‘Nothing Leads You Astray’ from a fairly standard track to a gleefully sarcastic effervescence. Yes, it even has handclaps.

And ‘We Got Tasers’? A standout cut of pop. Everything is fun, everything is so tongue-in-cheek, and the hooks are gold. There trebly jangle, the round-style vocals, and the technicolour silliness of the chorus is a treat to rival a good strawberry split ice lolly. (And this, friends, is high praise…) And then we have the beautifully written slow song, ‘I’m Not Your House’, which goes to prove that sometimes sincerity, simplicity, and a great melody is all you need for a winning song. The vocals are slow and muted, as if wearied by the world, while the synth wails slowly in the background, and the jangling guitars receive a dose of mid-range sound to weight them down a bit. One to hold close in times of hurt, this. And finally, the acoustic album closer, ‘VideoShop’. A farewell to a crap job made sublime by smartly discordant acoustic strumming. The discontent made sonic, accompanied by some clever lyrical wordplay amid the very simple statement of, well, having a crap job. Again, it’s the sheer earnestness mixed with the sparkling energy and sense of fun alongside the melody that really makes this song, and which leaves it echoing in the memory.

It’s rare you find an album so completely uncontrived. Despite one or two minor wobbles, Stagecoach have created a debut album of winning songs. A shimmering beacon of light coming almost from nowhere, Say Hi to the Band is that rare and wonderful thing: a good, fun album, played well. Say hello to the band, and say hello to some of the most blissfully sparkling and cheerful guitar-pop you’ll hear this year. 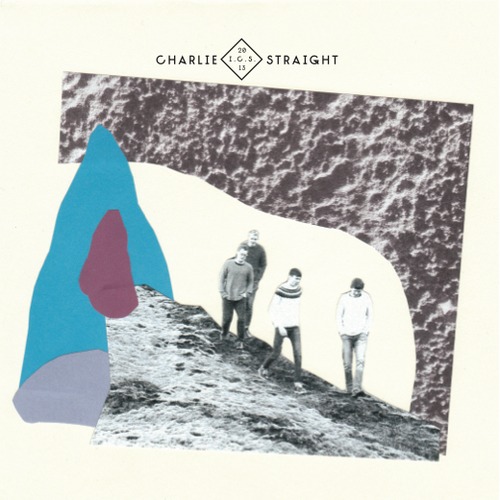