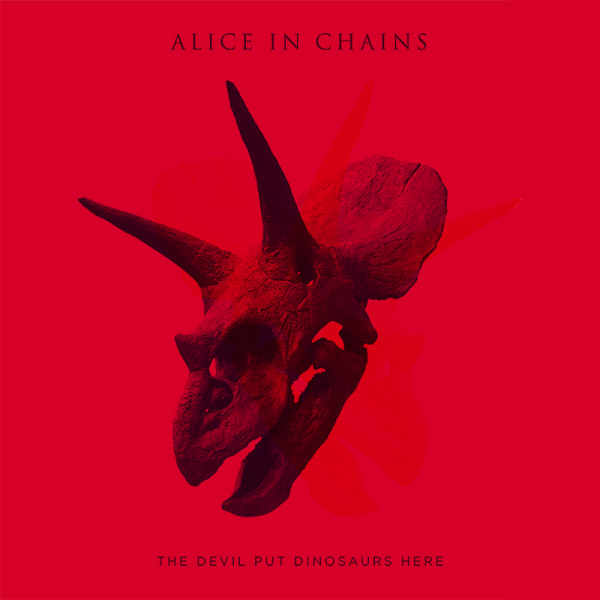 After the euphoric exorcism of ‘Black Gives Way To Blue’ Alice in Chains return refreshed and in new skin with ‘The Devil Put Dinosaurs Here’. ‘Dirt’ is the bands classic album but ‘Black gives way to Blue’ was their masterpiece. A painful, difficult yet beautiful piece showing a group working their way through grief and coming out the other side with past put behind them and looking to the future and the future has arrived with this album. If ‘Black gives way to Blue’ was the new dawn ‘The Devil Put Dinosaurs Here’ is the new day.

One of the first things that’s noticeable on this album is the lyrics. Where in the past the band have dealt with subjects like drug addiction, depression etc they have always been soul searching and introspective and extremely personal while that’s still the case, this time around it’s more an outward view dealing with their view on the world. Most notable is the daunting title track where they address organized religion.

It’s clear as day on the superb opening track ‘Hollow’ released as a single earlier this year, that the band are still on top of their game. William DuVall has settled into the band now and vice versa. He harmonizes perfectly with Jerry Cantrell. ‘Pretty Down’ follows nicely a great mid paced rocker that sound like classic Alice in Chains, Second single ‘Stone’ is simply brilliant. A perfect example of the band moving to the next chapter of their career while retaining their classic sound.Mike Inez dirty bass starts the song and Jerry Cantrell’s awesome off time, murky and heavy as hell guitar comes in. It climaxes with an amazing guitar solo. Jerry Cantrell’s playing and riff writing is just as distinctive as Zakk Wilde or any other guitarist you’d like to mention. No one writes quite like him and if anyone tries you will straight away say “that’s an Alice in Chains riff!” That sludgy, doomy, oddly timed with the perfect groove he hits the nail every time.

The album like all the bands albums swings between dark and heavy to mellow and melancholic. A highlight is ‘Phantom Limb’ with the haunting lyric “I’ll haunt you like a ‘Phantom Limb’ or the lovely ‘Voices’ which has a great overcast feel about it.

All in all this album stands aside everything the band have put out in the past. They have never really put out a bad album. It’s a slow burner and I much as I’m enjoying it I get the feeling it’s not going to be till it’s about a year old that I’ll fully know and understand it. Saying that it’s brand new but some of the songs feel like classics already.

Some people will never accept this new incarnation of the band. That’s ok some people like to live in the past. Alice in Chains are a band that refuse to and those that move on with them are the ones that will be better off. 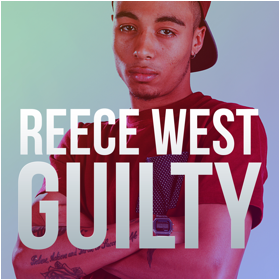 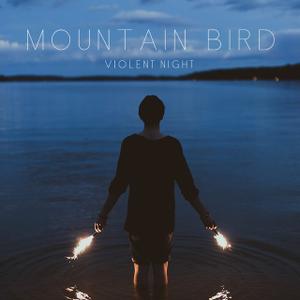