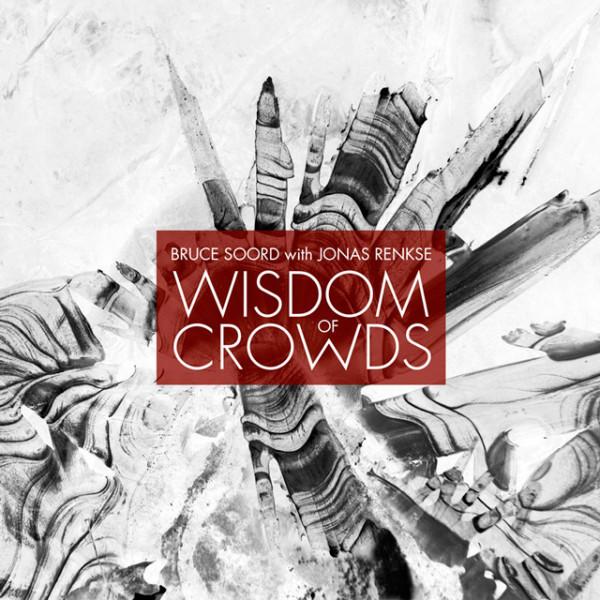 Sometimes, just sometimes, a collaboration between two greats within their respective areas does live up to every expectation. And Bruce Soord (The Pineapple Thief) and Jonas Renkse (Katatonia) have spawned just such a project in Wisdom of Crowds. Each track simply radiates a transcendent, assured mastery; a subtle yet sublime effort that blends Renkse’s unmistakeable vocal melodies with gently electronic compositions. Both artists sound completely at one with another, spawning a sense of musical empathy that saturates this majestic, heartfelt, beautiful piece of gloomy, lusciously composed rock that is one of the greatest things to come out of this year’s releases so far.

Opener ‘Pleasure’ blends the best of Renkse’s ability to phrase a slow and melancholic atmosphere in his vocal delivery with a soft electronic drum track and layer upon layer of swirling guitars and hazy keyboards, cut through with some beautifully clear, crystalline piano melodies that appear like rays of light amid the swirls of sonic dust. And of course, it is all written with one ear toward what makes a pleasurable hook. This carries on into the vaguely jazz/trip-hop syncopation and percussion loops of ‘Wisdom of Crowds’, where a rock guitar plays a mournful sample over synthesised horn moans. The lyrics are truly fine things, a poetic meditation of devastatingly sorrowful beauty. The industrial-level distortion on the guitar, tempered by the even mix of each layer, and the string-section-esque chords all give the impression of a bleak, urbanised symphony. The sensitive composition works very well in allowing the pause before guitar solo to swell and loom, becoming a palpable tension before the keening melody and the final chorus approach.

‘Radio Star’ is one of the harsher tracks, an almost metallic/industrial cut with snarling, gritty guitars, and slow, deliberate-sounding drum sounds that beat out a slow tempo that is the drum machine answer to being dropped in water with your feet in a block of cement. Yet all this is balanced with a clinical, startling grace by the chorus: a sparse piano-and-vocals break where Renkse shifts from monotone brooding to an eerily tender chorus refrain accompanied by echoing, barely-present synth echoes. Again, the lyrics add a whole other level, with “I am the sun, I am the moon, I am the day that broke too soon” holding an inexplicable, almost choking sense of meaning. Then, ‘Frozen North’, the video track, starts as a spine-chilling acoustic number, with elements of classical guitar in instrumental phrasing, and a great command of evocative narrative in the lyrics and their sombre, measured delivery courtesy of Renkse’s wounded-velvet vocal style. Then, halfway through, the listener is pounded by interjections of a fully-realised industrial-symphonic epic in the instruments; the effect? Confronting the awe-inspiring sublime in the form of overdriven machine melodies, full-fledged symphonic string compositions, and ab-human harmonised noise.

‘Light’ too uses this formula of intense tenderness and a looming sense of barely-suppressed heaviness, even if this time around it is a throbbing club-friendly synth yoked to a slow ballad of longed-for love and redemption that taps into some innate human quality and melts the heart in a startling and blissfully cathartic manner. The overlong end drags a little perhaps, and the build doesn’t quite segue or release its tension in a manner that satisfies. This perhaps mars the impact of the dense ‘Pretend’, which blends a stark jittering bleeps-and-beats verse texture with a growling, thick guitar in the chorus. The flawed buildup makes the hooky track feel somewhat throwaway, which is a shame, as the bridge melody and contrasting section textures are not half bad if considered in isolation. ‘Stacked Naked’ finds the album still foundering a little in terms of overall tone, with a lush yet slightly less human-sounding ballad, the pop elements perhaps threatening to overwhelm the gossamer intricacy of the hazy, echo-drenched, legato composition parts. Even the tremolo-scratched distorted guitar buildup has a brittle feel to it; as if the sound itself were made of wafer-thin glass. However, this does eventually settle into the more overtly melodic feel of the song toward the end, as a lilting guitar waltz closes the song nicely, leading to the climactic guitar squalls and ticking beats of ‘Centre of Gravity’. The dark mood is held up by slow cello moans and the sheer sparseness of the instrumentation as much as it is the haunted, vulnerable vocal delivery and quietly cathartic lyrics. A trick is well-used in the avoidance of the obvious melody-phrase endings, and the use of a muffled, breathy distortion rather than the obvious “boom” in climactic moments. The bonus track ‘Flows Through You’ has a tasty, dark, and harsh synth sound, like the crackling of dead leaves rigged up to every overdrive pedal in Denmark Street, however the use of “fuck” in the lyrics feels somewhat forced in the strange, inhumanly-human emotional spectrum of the album.

Although perhaps let down a little by its latter middle section, Wisdom of Crowds is a jaw-dropping, genre-defying work, worthy of a listen by any even remotely open-minded rock fan out there. Dark in ways Katatonia can’t quite cover with their heavier bent, and catchy and pleasing in ways not perhaps as progressive as The Pineapple Thief, Wisdom of Crowds finds two stellar artists combining their familiar strengths in new, occasionally innovative, nearly constantly exciting ways. 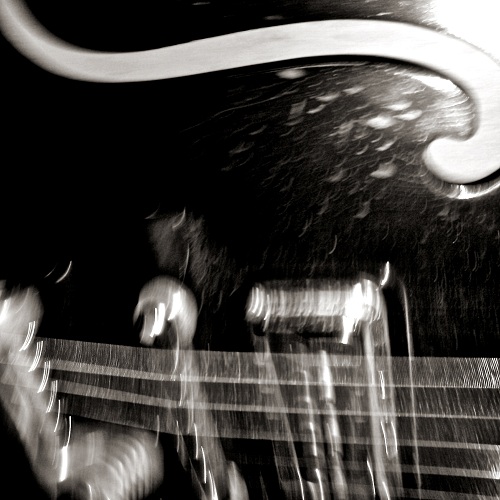 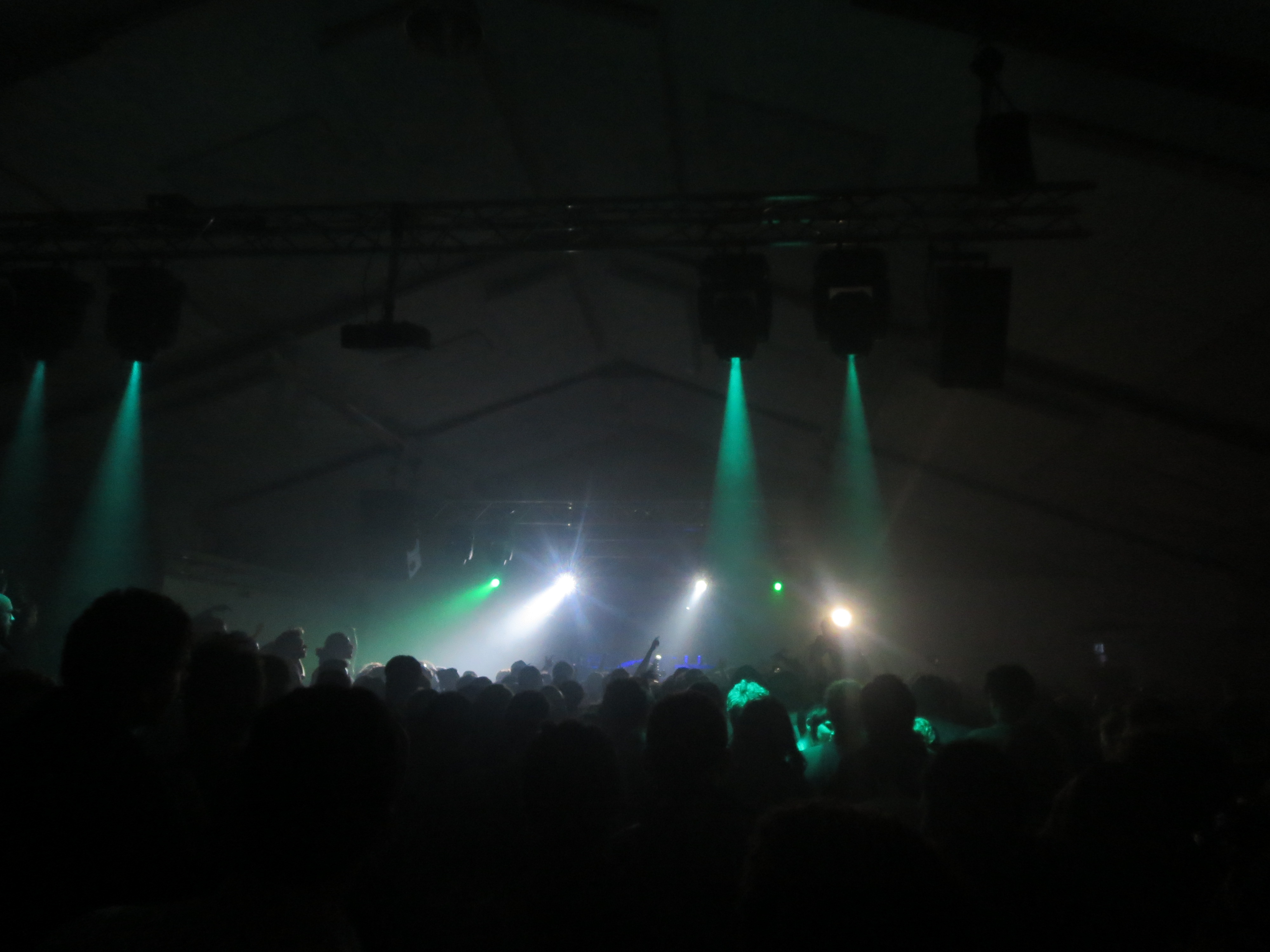