Described as the future of British jazz by no less an authority than Gilles Peterson, the Mercury Prize nominated Roller Trio’s music is a fresh, visceral stew of conventional and experimental sounds that features stonking riffs, thrashy noise, evocative songs and electronic soundscapes. Incubated in mammoth improvisation sessions and honed in local gigs, their music is delivered with a captivating swagger and greedy energy that is utterly beguiling and packs a hook-laden punch. Roller Trio are James Mainwairing tenor sax and electronics, Luke Wynter guitar and Luke Reddin-Williams on drums. 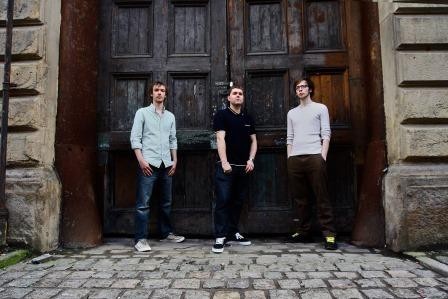 Hotly tipped as the rising stars of UK Jazz by The Times newspaper, the expansive, brilliant Manchester based piano trio GoGo Penguin play in support of their exhilarating debut album, Fanfares on Matthew Halsall’s Gondwana record label. Featuring pianist Chris Illingworth, bassist Nick Blacka and drummer Rob Turner (all still in their twenties), GoGo Penguin, draw on a heady brew of influences from Aphex Twin to Brian Eno, Debussy to Shostakovich and Massive Attack to EST. GoGo Penguin who have already developed a growing cult following in the North turned in a storming performance at Ronnie Scott’s when they were asked to open the live Jazz On 3 broadcast on the opening night of the London Jazz Festival and we’re looking forward to having them back as part of this powerful double bill.

“Adventurous, accessible and melodic” The Times 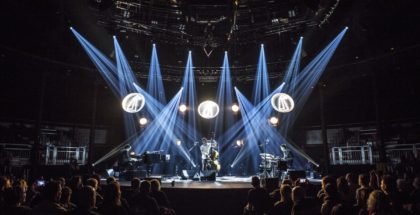 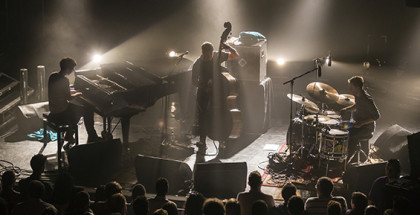