Beefeater Gin is truly British institution (despite being French owned – by Pernod Ricard). Moreover, thanks to the name (which is the name given to the Yeomen Warders – i.e. the ‘ceremonial’ guards of the Tower of London), it is a brand of alcohol synonymous with London; Beefeater is one of the only distilleries still functional in London, and the only one that produces international premium gin. Having always performed well on the international tasting and rating stage, Beefeater currently stands as the most awarded (premium) gin on Planet Earth. Now that is class.

The bottle is an icon of London culture – a place where gin and Yeoman Warders are, naturally, very integral to City history. Now Beefeater has embarked on a mission to give their bottle a creative and contemporary edge. This mission: #MyLondon.

#MyLondon involved asking Londoners, including students of Central Saint Martins College of Art and Design (one of the most recognised colleges for creativity in the world), take photos of what they considered to signify #MyLondon; what #MyLondon subjectively and symbolically meant to them.

The result of the campaign, which ended in November 2012, is a limited edition bottle printed with an artistically collated design of 2200 photos; 1000 of which came via the competition on the company’s website. 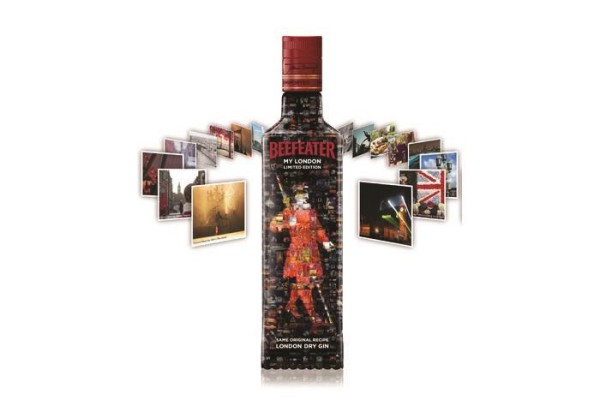 Check out this video of the celebratory laser show that was projected onto Covent Garden Market at the end of last year – an exhilarating visual show that would rival any world class music artist’s AV show. Amazing stuff.

Beefeater’s London gin distillery, based in Kennington, will open a visitor centre later this year.

FAIRPORT CONVENTION – Rising For The Moon

CUT COPY – Let Me Show You