Last Thursday, Obaro Ejimiwe  better know as Ghostpoet played a set full of energy and intensity at the Hackney Empire. Looking sharp and sounding great, Ghostpoet knew how to captivate his audience – by having a great stage presence, a cool band behind him and a sophisticated sound.

Everything about him looks classy; the way he MCs, the way he looks and the way he refers to the audience. I found it quite refreshing in world where MCs try so hard to be aggressive and sometimes even vulgar. Don’t get me wrong, Ghostpoet is the real thing; he is intense, real and crude. But these attributes are packed into a nicer, more friendly package. This is reflected in the interesting group of people in his audience; the hip hop fans, the hipsters and the young girls, to name a few.

Ejimiwe brought out some great vocalist during his concert, all with different styles. Also accompanied by a string quartet and some trippy synths, the mixture of dark minor chords with street poetry, downtempo electronica and the pop female melodies let up The Empire. His lyrics complement what is missing in terms of melody movement. They are introverted and heartfelt, but modern and colloquial at the same time. They are clearly very personal and they are the honest reflection of a man who has struggled, but now achieved.

The opening act was soul singer Andrew Ashong – a talented vocalist, guitarist and songwriter. He played an acoustic, sun-kissed and heartwarming set. His vocals were warm, his tunes nice and chilled. Ashong and his band had some technical difficulties, which were resolved quite easily, effectively covered by his charming attitude. The audience loved him! 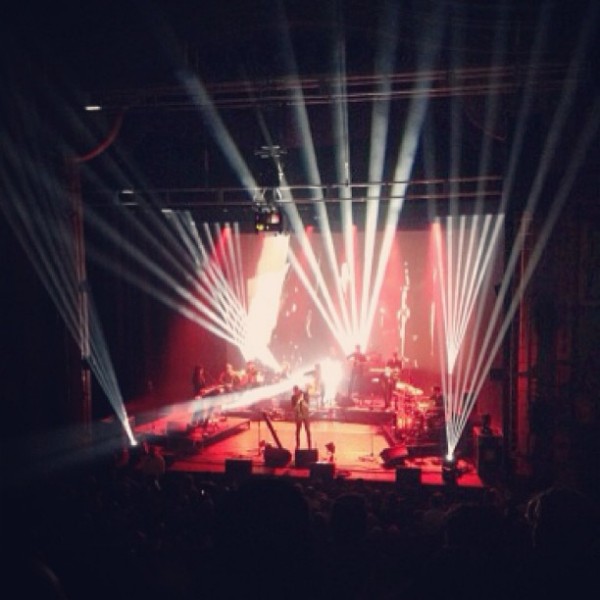 Back to the ‘Poet, ‘Survive It’ was the song that received the most praise during the gig. The mid-tempo track featuring Fabiana Palladino sounded like an epiphany of his life. It is an extremely contagious and powerful track. ‘Carry Me Home’ and ‘Us Against Whatever Ever’ were also audience-favourites. Ghostpoet took the whole stage with his enchanting presence, entertaining the audience for near-two hours. The combination of his MCing and the sweet female voices were a  perfect combination and the strongest moments of the night.

Ejimiwe is a great artist and his humbleness makes him even more appealing. While he was introducing the guest artists who appeared in the different songs, he continually told the audience how talented and great these artists were. Proclaiming how much he loved music and new talent. Thumbs up for his attitude!

The only negative aspects of it were the occasional repetitive vocal effects, especially the fact that he used the same delay in almost every tune. Also, regrettably, the sound at the Hackney Empire was terrible, resulting in the whole experience not being as enjoyable as it could have been. The middle range frequencies were too loud and, even though it did help add some clarity to the vocals, the volume was too loud and I did have to cover my ears for a big part of the gig.

Overall, though, the show was solid and entertaining… 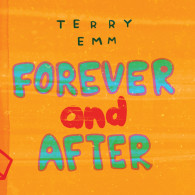