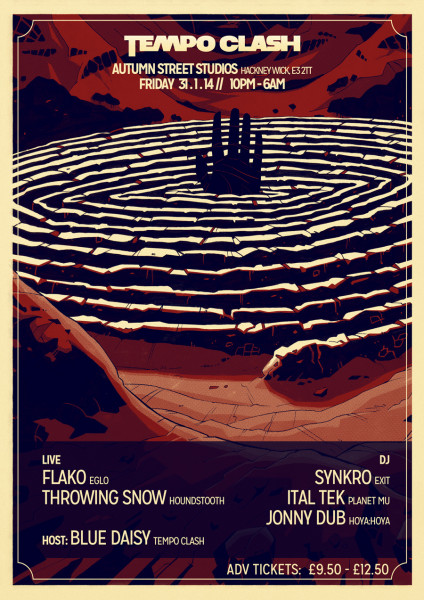 For 6 months London club collective Tempo Clash have been busily building a string of monthly dates in 2014. In the new year the night is set to alternate between 2 new bi-monthly residencies at Autumn Street Studios and Corsica Studios, two of the best clubbing venues in the capital. The first date takes place January 31st at one of London’s best up and coming venues in the heart of Hackney Wick, an area quickly becoming one of London’s most creative hubs.

Tempo Clash’s Blue Daisy plays host to a string of the UK’s most creative producers and live performers, a night full of a range of different styles. On December 2ndSYNKRO released the “Lost Here” EP on Apollo Records/R&S, to coincide he also released the Akkord LP with fellow Manchester producer Indigo. Both releases have been met with critical acclaim, the latter in the running for one of electronics finest releases this year. This will be SYNKRO’s first performance at Tempo Clash, as we await a set packed with dreamy synths and shuffling rhtyhms.

Flako‘s recent output with fellow Eglo label-mate Fatima has been expectedly on point, the two releasing double A-side 12” ‘Family/La Neta’. The Chilean born producer recently made hints towards a full length album and as it stands he is quietly building as one of electronic musics most talented live performers, expects various peaks of energy and emotion.

Throwing Snow has been busy with various projects over the past 6 months, with output through aliases and groups; Snow Ghosts, Velico, and Alight. He recently released plans to release his debut LP Mosaic on Houndstooth, due to arrive early next year we await with huge expectation. Throwing Snow aka Ross Tones is another exceptional live performer, holding an ability to seamlessly switch between genres whilst keeping things raw and fully in control of the dance.

Brighton’s Ital Tek returns for his second appearance at Tempo Clash. His recent “mini-album” Control on Planet Mu represented the best aspects of the slow/fast movement. His DJ sets are high on energy switching through the most futuristic aspects of Jungle, Footwork and everything inbetween. The final guest is Hoya:Hoya’sJonny Dub, labelled by Gaslamp Killer as a DJ favourite he remains one of the best UK’s selectors. Alongside Illum Sphere he built up one of the UK’s best club nights, Jonny’s appearance at Tempo Clash has been long over due. 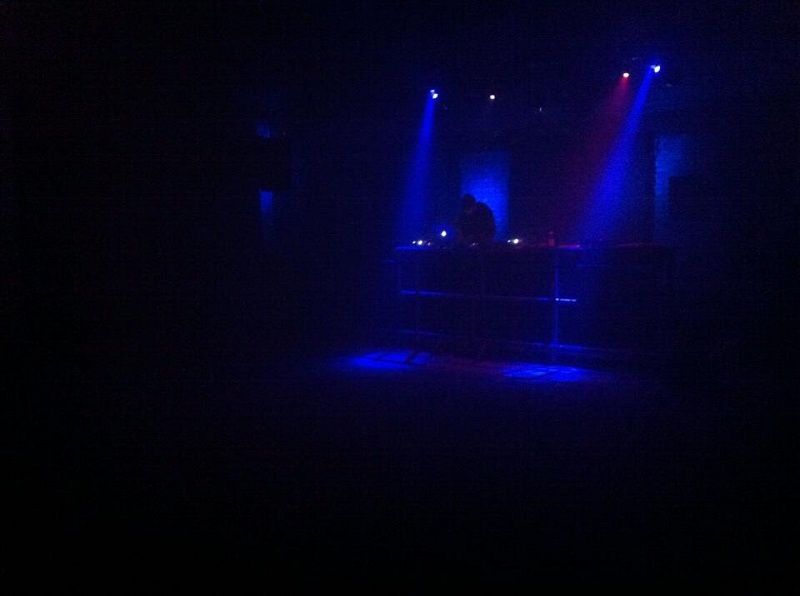