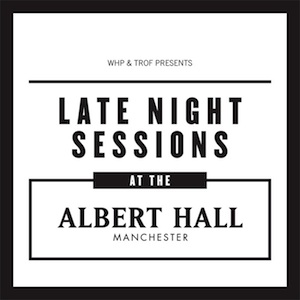 The second round of Late Night Sessions at the Albert Hall has just been announced taking in the likes of Chase & Status, Sasha’s Last Night On Earth Show and Marco Carola. The new series of club shows from The Warehouse Project + Trof which launched with Moderat in early February, takes place at Manchester’s stunning Albert Hall.

Saturday 5th April, Leeds based bass promoters Metropolis up sticks and head to Manchester to host a lineup filled with drum and bass’s finest Chase & Status. Reeling off the release of their third album Brand New Machine (reaching number 2 in the UK Albums Chat and number 1 in the UK Dance Album Charts), they’re joined by the hard-hitting, electrifying, fast-paced and in your face Pendulum who will be substantially supported by Kove, Meridian Dan, My Nu Leng, Kyntro, Mak & Pasteman, North Base, Mark Xtc and Chimpo.

15th May sees The Albert Hall host a very special club show, headlined by the legendary Marco Carola. As part of the Late Night Sessions club series collaboration between The Warehouse Project and Trof, the show will see the newly-opened venue present its first techno showcase, with a full support line-up to be announced soon with tickets on sale from 12pm Saturday 1st March.

The Albert Hall is steeped in history as a long-forgotten Wesleyan chapel. The Grade II-listed venue has been resurrected by Trof as a respected music venue and club and with programming from The Warehouse Project, is quickly becoming one of the best new homes for electronic music with an unrivalled atmosphere.

For All Tickets head here:

THE FIERCE AND THE DEAD – Spooky Action