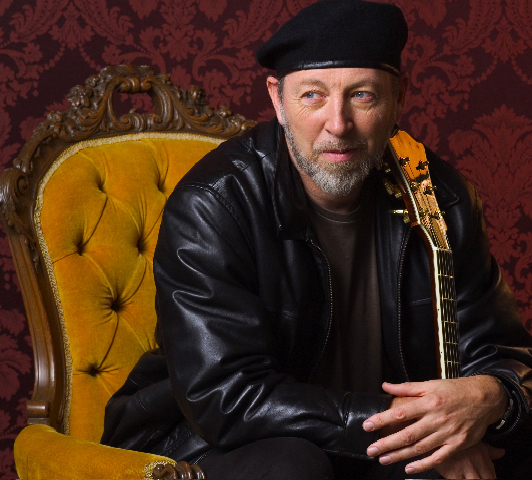 Folk by the Oak returns for its 7th annual festival on Sunday 20 July at Hatfield House, and critically acclaimed guitarist Richard Thompson will be joining their ‘line-up of headliners’ for this one day festival of captivating music featuring some of the world finest folk musicians.

Richard, named one of Rolling Stone’s Top 20 Guitarists of All Time, is one of the world’s most critically acclaimed and prolific songwriters. Having co-founded the groundbreaking group Fairport Convention as a teenager in the 60’s Richard and his mates virtually invented British Folk Rock.

Also joining the line-up is Brit Award winner Beth Orton. Known for her “folktronica” sound, which mixes elements of folk and electronica, Beth was initially recognised for her collaborations with William Orbit and the Chemical Brothers in the mid-1990s. With the release of the albums Central Reservation (1999) and the 2002 UK top 10 album Daybreaker, Beth developed a devoted fan base, many of whom will be delighted with this rare opportunity to see her at a UK festival this summer.

Widely regarded as the UK’s foremost folk singer songwriter, Seth Lakeman has been credited with breaking down perceptions and barriers often associated with folk music and its acceptance in the mainstream. Expect a captivating, energetic and undeniably compelling live show from award-winning Seth Lakeman and his superbly talented band.

Kathryn Tickell & The Side

This unique set, bringing together an entire festival line-up in itself, will be the epilogue to a very special project commissioned by Folk by the Oak and the English Folk Dance and Song Society (EFDSS).

Eight prominent artists, having lived together at a rurual retreat in Herefordshire for a week in March, will create new music inspired by the Elizabethan age to be performed at two special gigs in March and finally at Folk by the Oak in July. See www.folkbytheoak.com/TES for detailed project information.

Welsh harpist Catrin Finch and Senegalese kora player Seckou Keita, winners of the prestigious fRoots album of the Year and nominated for two BBC Radio 2 Folk Awards, merge the boundaries between the genres of classical, world, folk and traditional music with their heavenly performance.

Recently called ‘one of the hottest tickets in folk’ by BBC Radio 2’s Mark Radcliffe, the sublime combination of Josienne’ s jewel-like voice and Ben’s musical tact and mastery of the guitar make this duo a compelling act and a fine addition to the Folk by the Oak line up for 2014.

The Acorn Stage – Now a firmly established feature of Folk by the Oak, the Acorn Stage has grown! This year it will be bigger and better platform for a new generation of folk musicians, featuring Paper Aeroplanes, Keston Cobblers’ Club, Jaywalkers, Salt House, Maz O’Connor and the London Youth Folk Ensemble.

The Festival – The FBTO team continue their tradition of ensuring this is a great day out for the whole family, with an ever expanding craft tent, workshops, children’s activities, storytelling, circus skills, and real ale bar, music stalls, vintage stalls, recycled gifts and delicious food. And they continue to encourage you to bring your own food and drink along and make yourself at home. It’s a compact and leafy site with one main stage so you can pick a grassy spot, kick back and enjoy a whole day of top quality live music.