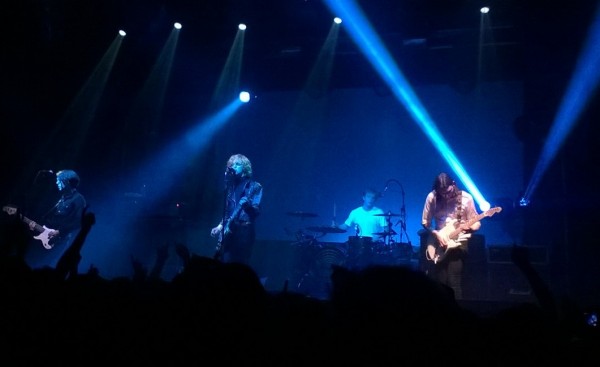 The Midland quartet are back on the road. After Harry’s engagement and the birth of Doug’s baby, Peace seem to have matured slightly in the last year. It seems to be a bit of an odd time to be doing a tour, as they haven’t yet released their second album and they’ve only had a couple of tracks floating around on the Internet from the next one. At the beautifully renovated Assembly in Leamington Spa, the band seem to be right at home in the dirty elegance of the venue.

There’s not much warning as they immediately kick off with the inevitable ‘Follow Baby’. New track ‘Money’ follows this and then ‘Higher Than The Sun’. ‘California Daze’ slows things down and is a song that will always invite people to throw their arms around their neighbours and warble into each others’ faces. Another new track ‘Lost On Me’ turns out to be a banger, and there’s definitely a funky new vibe to Peace’s new tracks. It might be more prominence with the bass guitar, but there’s something there. 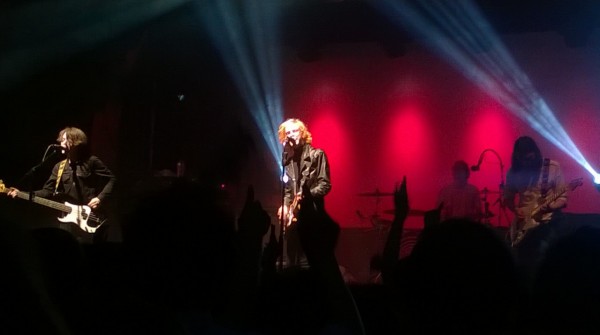 We then get a run-through of ‘Toxic’, ‘Waste Of Paint’ and ‘Lovesick‘ – staple tracks of debut album In Love, which really get the old feet tapping. ‘Float Forever’ is such a gorgeous slow one, and with this somehow the entire room is lit up with the use of an enormous disco ball. The whole room is covered in small light blobs and it’s quite beautiful. ‘Wraith’ is just a classic track – a Peace gig wouldn’t be the same without it. Last new track of the night, ‘World Pleasure’, is a hit and has the whole crowd excited, then they end on old favourite ‘Bloodshake’.

It’s unclear what is going on behind the scenes, but a 50-minute set that didn’t even include live favourite ‘1998 (Delicious)’? And no encore? It seems to be Harrison’s way to project himself as aloof but comes across downright bored at some points.I really hope that whatever is going on gets sorted, because a world without Peace is a very bleak prospect.