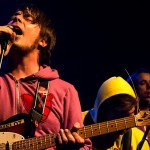 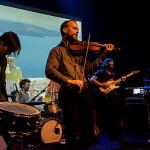 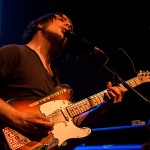 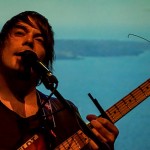 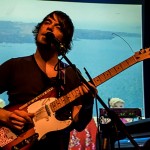 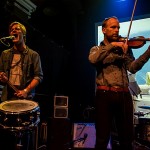 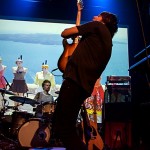 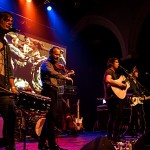 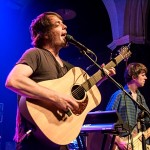 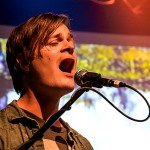 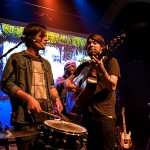 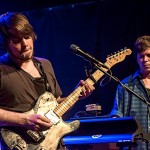 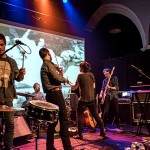 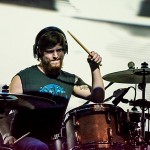 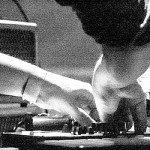 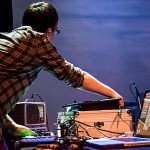 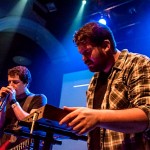 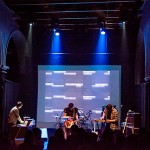 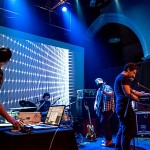 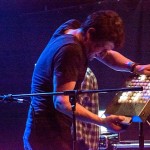 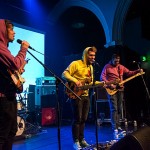 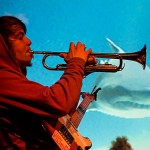 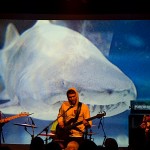 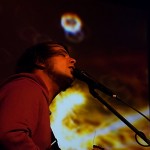 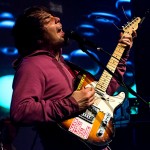 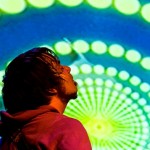 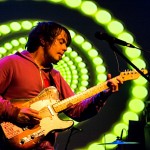 Dad Rocks! Start off the night with a fantastic set made up of songs mainly from their new album Year of The Flesh, plus some older nuggets such as ‘Downaging’. Their sound can be described as indie-folk-pop with a good helping of post-rock. I’ve seen the band play a largely stripped down set before (even Albertsson playing solo) but this time the full band is present and it all sounds wonderful and full of joy.

Collider are a different beast with their dark brooding and low-fi electronic experimentation with some heavy guitar riffs chucked in for good measure. Watching them is fascinating, as they are so into what they are creating and very unique. ‘Dinosaur’ is their new single and is a slow burner building and building until fading out near the end into a smouldering fire

Mimas come on dressed in colourful hoodies and start their quirky Pavement inspired set with Albertsson on trumpet and then kicking in with wonderful finger picking guitar sounds. The audience and the band are clearly having a lot of fun. At one point the band charmingly claim that Norwich is their second home and promoter Annie is their surrogate mum!

So, a great night at the best venue in East Anglia, but I do think Dad Rocks! Just edged the best of the three brilliant bands tonight.