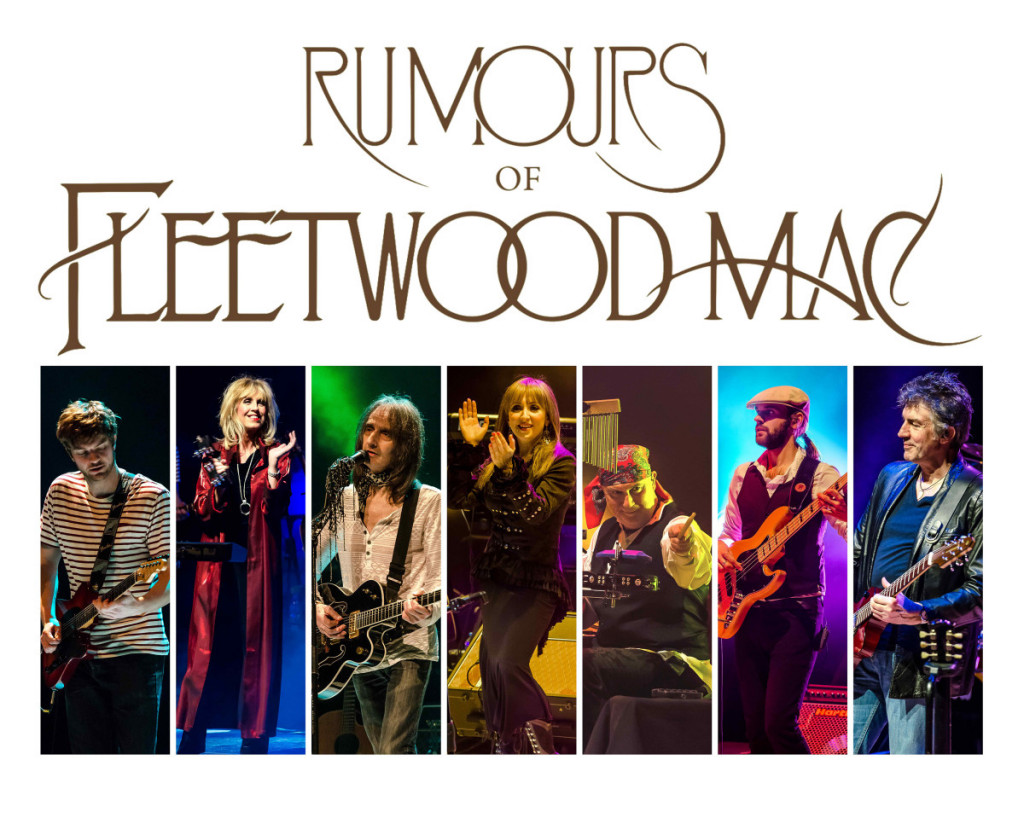 Having performed 500 major concert shows to over a half a million fans around the world since they formed over a decade ago, Rumours of Fleetwood Mac return to the UK to present a spectacular new stage production celebrating the music of the legendary rock supergroup Fleetwood Mac.

Their new show will showcase and celebrate in meticulous note-for-note detail, all the classic hits from one of the most outstanding and enduring catalogues in the history of recorded music, and a legacy of blues, rock & pop classics that made Fleetwood Mac the icons of the music industry they are today.

Recognised internationally as the leading tribute to Fleetwood Mac in their various incarnations, and with founding member Mick Fleetwood’s golden seal of approval, this stunning show reflects on an epic journey of lasting relationships through changing eras and musical styles, from the exciting hub of the sixties London blues scene to staggering commercial success in the seventies and eighties, and beyond.

Replicating perfectly the power and subtlety of Fleetwood Mac at their brilliant best, let timeless classics such as ‘Black Magic Woman’, ‘Albatross’, ‘Go Your Own Way’, ‘Dreams’, ‘Gypsy’ ‘Say You Love Me’, ‘Sara’, ‘Oh Diane’, ‘Little Lies’, ‘Everywhere’ and many more, take you on a nostalgic evening of breathtakingly outstanding musicianship; and all performed in the context where the songs work best – a live stage.