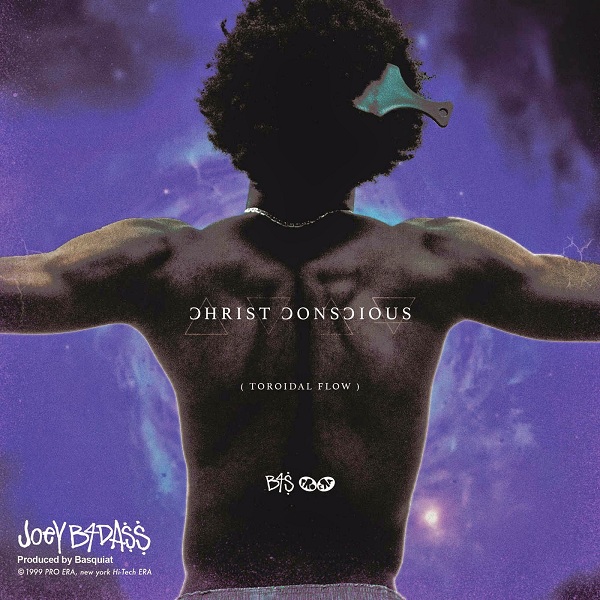 Joey Bada$$ has been busy since he dropped the mix tape 1999 and his new album B4DA$$ aims at being a sort of coming together of the future of hip hop.

‘Christ Conscious’ is the second single from B4DA$$ and demonstrates Joeys 90s style and reminds me of the Golden Era of hip hop. There are noticeable influences from artists in that era like Ol’ Dirty Bastard, DMX, Cannibus, Redman, Method Man, and Wu Tang etc. Joey comes with aggression and lyrical ability backed by a Reggie Noble/Eric Sermon type production from up and coming producer Basquiat.

The rapper has been developing this raw version of himself and it shows in ‘Christ Conscious’. Joey claims the song is an ascension to a higher level; that’s not what the lyrics tell you, but the visuals tell this story of young Joey’s rise to fame in the rap game. From a metaphorical standpoint, it’s almost like he’s saying ‘I’ve done the hard work and now this is my spring-board to another level of success’.

It’s great to see Joey’s hard work in hip hop coming together – its nice to see inspiring young independent hip hop still has its mark on a largely filtered, commercialised industry. Hip hop as a pure art form had sort of lost its way, dividing itself into sub genres because of its ever developing synthesis, spreading across the world creating many different styles and mixing with other genres of music. This has left a generation of 90s and early 00s hip hop fans looking towards the greats of the old Golden Era for inspiration to bring back those days. Joey Bada$$ wants to represent that generation; just doing things the way they’re supposed to be done, staying true to that New York style of hip hop.

‘Christ Conscious’ demonstrates Joey as a fully developed artist unveiling his best work to date and leaves me hoping the album sounds like a complete studio product instead of a really good mix tape.

'Christ Conscious' demonstrates Joey as a fully developed artist unveiling his best work to date and leaves me hoping the album sounds like a complete studio product instead of a really good mix tape.